Over the years I've seen enough twisted and broken ankles due to poor matting that I'm actually surprised how long it’s taken me to get around to getting hold of a Blubber pad. I've no idea if that’s an official term or just something my mates and I use, but in a nutshell it's a large, thin, high density foam pad which you lay out on top of your mats to cover any gaps.

Picture yourself high of the deck, a myriad of mats below you. No matter how carefully you arrange them they have a tendency to creep and slip, especially if not on level ground. Gaps appear between mats. It's not always possible to fall or jump off with enough control to avoid a foot going into a gap, sometimes with nasty results. 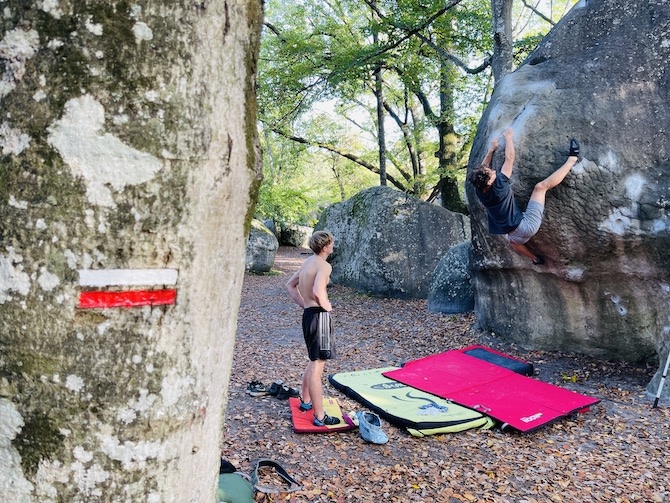 Blubbers can come in lots of sizes. Some are the size of a standard door mat and are really used to plug a specific gap between pads or give some peripheral protection on an outlying rock. The Cirrus is the other end of the spectrum. When unfolded it measures a whopping 200cm by 120cm ad is just 2cm thick. It folds twice to 100 by 60 by 8, with two carry handles and a pair of buckles to hold it together. Mine is red on the top, black on the bottom. Unlike most pads which have different densities of foam, it doesn't matter which way up the Cirrus is placed, but the red side does have the Moon logos on and is a whole lot more attractive than the black. 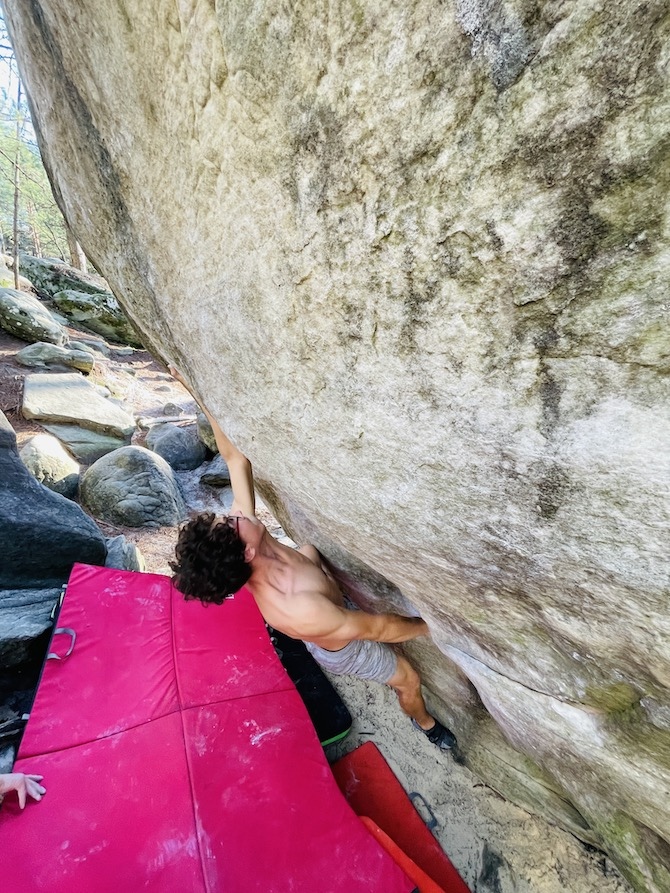 We used it on a week-long trip to Font where we climbed every day. It was used religiously by a team of 12 of us, with not a single ankle injury to speak of. Whilst it would be possible to use it folded up as an 8cm thick pad this is not what it's designed for. Instead you arrange whatever pads you have under your problem, and then simply lay this out on the top. It provides a massive landing zone. If the pads beneath are not level, but there are enough of them, the Cirrus makes falling / jumping into a roll super practical with no gaps, straps or buckles to land on.

Here's a video of it in action.

It retails at £160 from the Moon website. So worthwhile when set against the 'cost' of a twisted or broken ankle. It's light enough to carry like a briefcase, but it does have a tendency to drag on the floor for all but the tallest of people given its size, so I'd like to see an additional shoulder strap as an option. Note that it's too big to fit inside most boulder pads.