It’s funny how a brand can become so prevalent in a relatively short space of time. A few years ago I think if you’d asked me to tell you what I knew about Ocun I’d have guessed that they were a sub brand of Decathlon. On a recent bouldering trip to Fontainebleau with a new Ocun Paddy Dominator pad I’d say that about a quarter of the mats there were the same make and model, such has been their rise.

It’s a folding mat, but has a fairly significant difference to most foldies - its actual hinge / fold is a heavy duty zip. I’ve had a few taco mats over the years and whilst I like the continuous nature of the pad, I dislike the fact that they never really lie completely flat, and I have never heard of anybody injuring themselves by landing on a sewn hinge. The reason for using a zip is pretty clever. The zip actually runs for two sides of the rectangular shape of the mat - i.e. one long side and one short. By unzipping the long side and zipping the short side it’s possible to turn the mat into a long and thin one suitable for traverses. It’s really neat, super quick to put into practice, and never fails to draw a few admiring comments from those you are climbing with. There are a couple of Velcro tabs in the hinge to stop it from closing if it's not laid out completely flat. 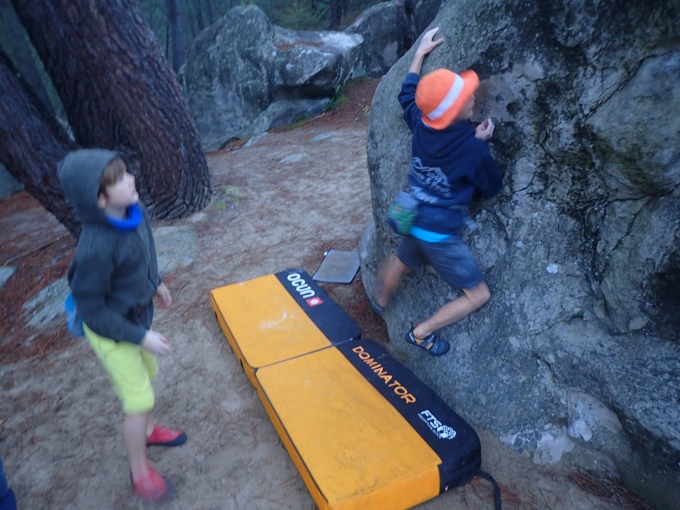 My first ever mat was a home made affair with a single piece of fairly soft sofa foam encased in a waterproof outer. It was a bit more like a trampoline or a blimp than modern mats. The first commercial mats I owned were a step up, with a thick layer of soft foam topped with a thinner layer of firmer, higher density foam, the thinking being that any impact from above would spread the load across the soft foam. The arrangement worked well and was the industry standard for many years. The Dominator has taken a few steps forward. Firstly there are three layers of foam - a thick softer mid-layer sandwiched by two thinner higher density layers. The thinking is that as well as spreading the impact via the top layer, a lower layer will do the same from the ground up. The more significant development though is the fact that the thicker mid-layer has a geometric pattern of holes bored in it. Some of these holes are left empty, others have a piece of regular pipe lagging which fit snugly inside, themselves each having a hollow centre where the pipe would ordinarily go. This honeycomb mid-layer is a very high grade of foam so allows the holes without collapsing in on itself, and the regular pattern of cylindrical air holes means a significant reduction in weight, whilst the pipe lagging inserts introduce a new dimension of absorption. The combined effect is pretty amazing.

The other thing which is worth noting is that the UIAA are in the process of introducing a set of standards by which bouldering mats can be measured with regard to their impact absorption effect. It's not a straight forward calculation, but the end-product numbers should be able to be compared across different pads. The brand new HIC value stands for Head Impact Criteria and is based on some fairly complex science used in assessing car crashes and playground safety equipment. Essentially the mat has an HIC score of 400 which, in basic terms means that a fall from 3m onto the mat has a 1 in 1,000 chance of a serious injury. Taken alone this is a fairly difficult figure to quantify, but the principle is that other mats should soon be comparable (Ocun are among the first to adopt the new standard) so you should be able to get an empirical measure of how safe different mats are relative to each other. 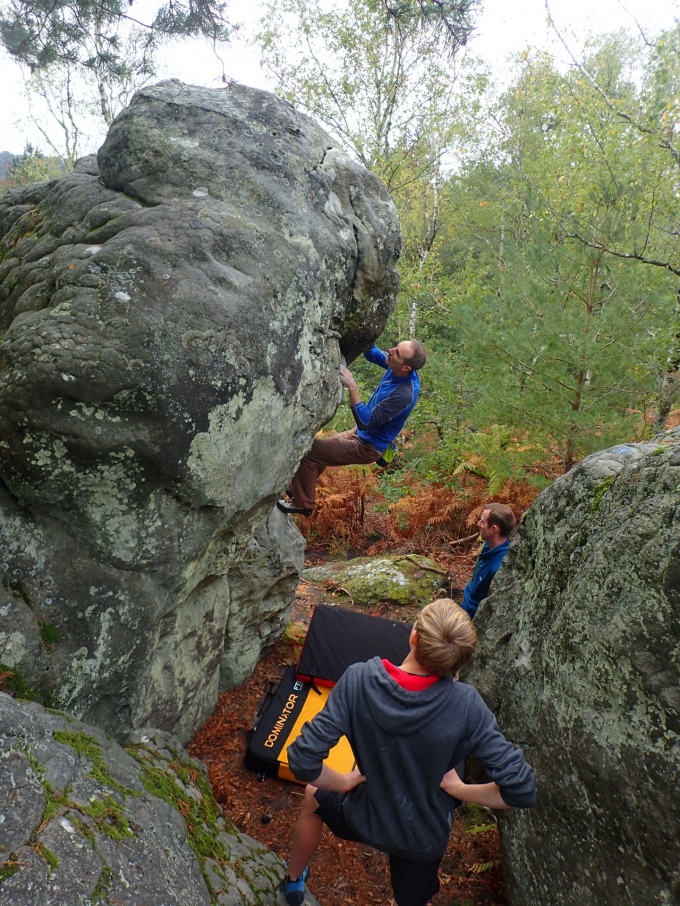 Other things worth mentioning are the fact that it has a sewn in pocket on the top side which houses a foot mat, when folded along the long side, it forms a suitcase shape with two carry handles that make it easy to move between boulders, and there is enough length in the two closure straps to put a fairly sizeable bag inside whilst walking. There are a pair of comfortable rucksack straps  on one side which make carrying it pretty comfortable, and the underside is made of a very hard wearing waterproof material so it stays pretty dry. What I didn’t mention  earlier is the fact that when you unfold along the short side it folds out into a pretty decently sized bed! Lastly the buckles and straps allow you to connect it to a second mat to carry two at once… 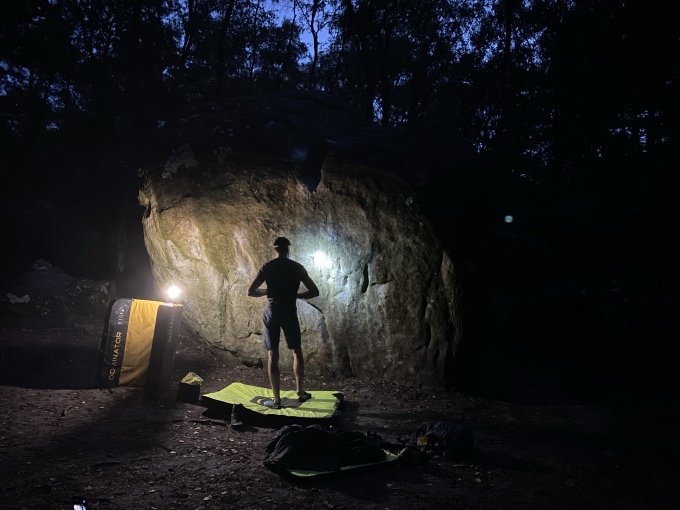 Retailing at £240 it's a chunk of money, but as I always say in reviews, what price would you put on not busting an ankle? In terms of value for money, you're definitely getting a lot of funky features with the Dominator as is borne out by the number of them in the woods of Fontainebleau… 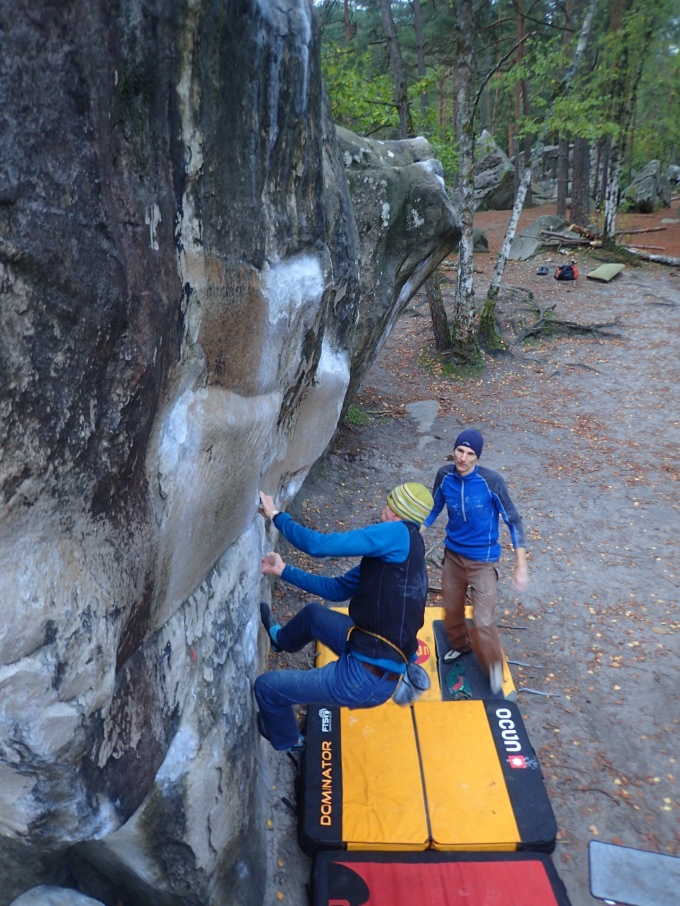