The Freeloader Sixer is a genuinely cool bit of kit. It's a 6,000mAh power pack for charging your phone, tablet, or other device, but has a built in mini solar panel array so that it can charge itself sirectly from the sun. It weighs 260g and is the size of a large smart phone, but about twice as thick. Although not described as actually waterproof it does claim that the solar panel is all-weather, the thing itself is encased in a silicone sleeve to protect against knocks, and the sockets have silicone plugs. Whilst I wouldn’t choose to immerse it in the sea, I’d be happy taking this out in inclement weather. 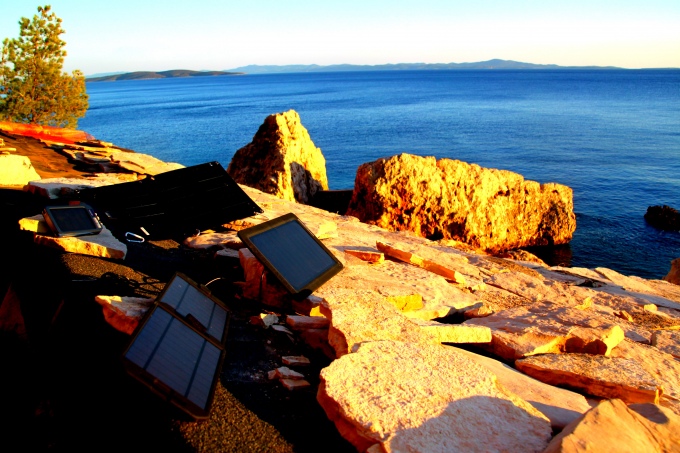 The silicone sleeve has a slim line bracket on the back so that you can use the (included) Velcro strap to attach the thing to your pannier or rucksack and angle it towards the sun. There are cut-outs in the silicone case for the solar panels, a small LED screen, a USB and a micro USB socket. However, if you slip the sleeve off there's a hidden surprise. Neatly embedded in each side of the device are a pair of short charging cables, one with a Lightning charger and one with a Micro USB charger meaning that you don't need to remember additional cables to charge your devices. Simply unplug the required socket from its housing, and plug into your device. You can even use both at the same time! And last, but not least, on the rear of the device is a metal bracket to enable you to stand the device up and angle it towards the sun. It's been very well thought out indeed. 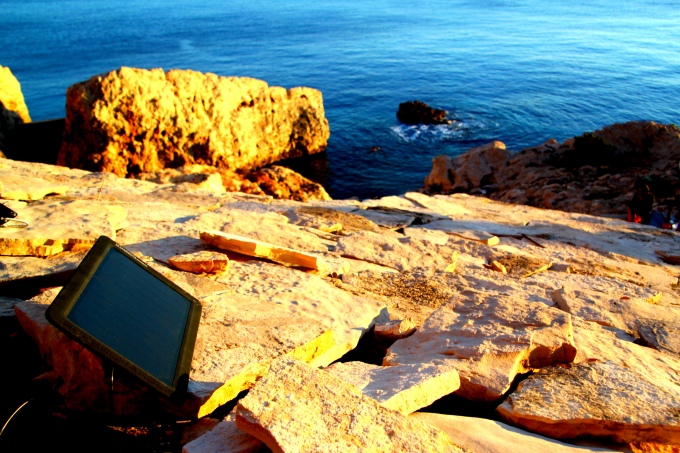 To activate it either connect a device, which will start charging automatically, or press the small rubber button on the side next to the LED screen. The screen lights up a soft blue and indicates how much charge there is, 1,2,3 or 4 bars.

Charging the device with its own solar panel requires up to 28 hours of direct sun so should not be relied upon for a quick solution, but if you are out and about, and can clip it to something in the sun then it's literally free power.  In practice in Croatia I found this to be the case. It charged, but did so slowly. 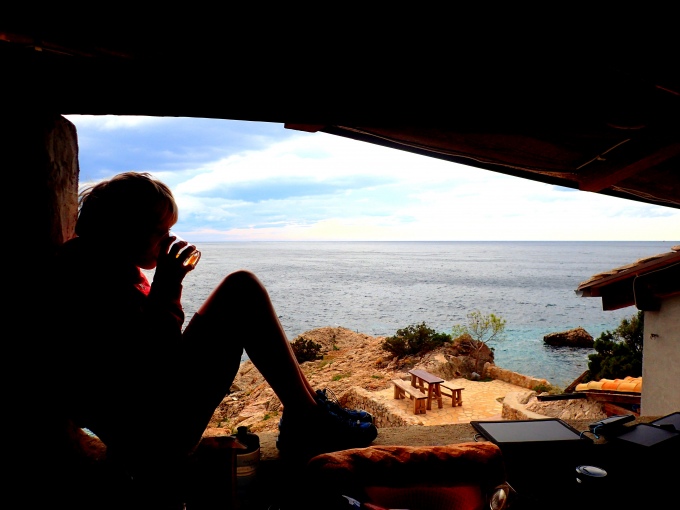 In order to charge it more quickly you can opt for the standard approach of plugging it into the mains via the USB port, or you can use Freeloader's Supercharger 5W solar array. This is roughly 5 times the size of the panel on the Sixer and much quicker at charging it as a result. It's a single flexible (though not rollable or foldable) panel, again encased in silicone (non-removable this time), and has a single fixed USB cable and socket with a female adapter on the end for connecting to a device. In use it took around 7 hours of direct sun to charge the pack fully. The panel also has four slim line attachment brackets and comes with a couple more Velcro straps to fix it to things. It weighs 340g (and its dimensions are 176mm by 10mm by 270mm).

Together the two devices make a powerful pair of gadgets meaning that you can harness power on the go. I've used both in a variety of lighting conditions, from sunny Croatia, to drizzly the Peak District with predictable results. All the manufacturers figures are based in the former, whilst for many of us the reality is the latter, so adjust your expectations accordingly. Personally I will be taking them with me on all my trips and using them regardless of the weather as the idea of free power appeals very much.