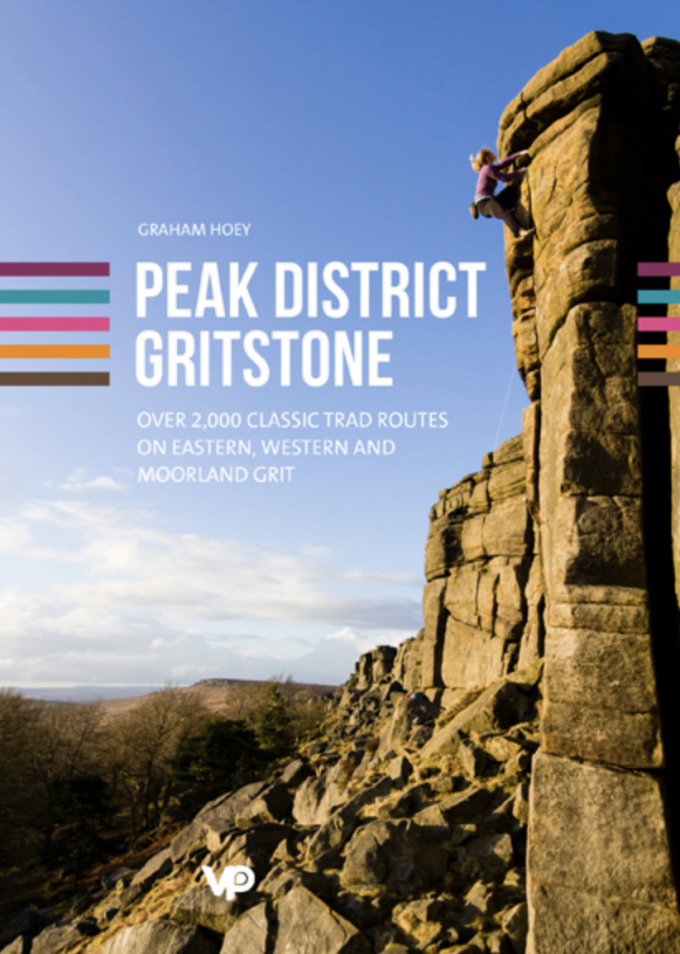 If there's one thing I've learned over the years that I've been climbing, it's that there is always room for another guidebook! So Graham Hoey has proved with this one, a whopper of a book giving us a run-down of 2,000 of his favourite grit routes. I have a fairly substantial collection of Peak district guidebooks including a bunch of 'selected climbs' like this one, but there's always something worthy of merit to any new guide thanks to the character of the author. Arguably Graham is perhaps the most qualified climber yet to share his thoughts. Thoughts honed over an impressive 50 year period during which time he has not only climbed the vast majority of the selected routes, but has revisited and re-climbed over a thousand of them solely whilst researching the book!

Does the guide stand apart from others? In the sense that it features the now-standard colour photo based topos, clear and concise crag and route descriptions, and a plethora of amazing and inspiring images of the routes in question, then no I guess it doesn't (and that's a healthy position to be in driven by the incredibly high standards of guide book production in the UK). Where it differs is the simple fact that Graham is a self-confessed Gritstone addict, and has distilled his 50 years of climbing on the rock into 542 pages, which are packed with his own take on many of the route descriptions having actually climbed them.

Where the individual routes may get three stars based on a combination of quality and history, you could say that this guide should get an equivalent accolade.

Was there anything I didn't like about the guide? Just one small thing I guess. Id have liked to have seen either the route grade or the page number for the said route on each photograph to save me having to go looking for it. It's a teeny complaint, and one easily correctable in a future edition. Aside from that it's a fine addition to any fan of the grit. Retails at £34.95 and is available from Vertebrate Publishing. (at the time of writing it is available for a discounted £27.95 via Vertebrate Publishing)