Last Saturday I'd hatched a plan to head out and camp somewhere with Dylan.  His brother was on a sleepover and my wife had a friend visiting. The forecast was good. As often happens, the day gets filled with stuff and by tea time I'm feeling pretty tired and not that bothered about packing some bags, thinking about cooking tea on a camp stove, and making the effort to get out. So I asked Dyl what he fancied. He said he still fancied camping and that he fancied super noodles for tea. An hour later I'd packed the bags, sorted the tea, mended a puncture and put the bikes on the van. It felt like an effort. But Dyl was happy and chatted all the way to Fairhome where we parked up. As soon as we got on the bikes it all became worthwhile. Time was ticking on and the sun was dropping fast, but we were moving, and it was warm. Half an hour later we arrived at Slippery Stones a few minutes after the sun had gone. I persuaded Dyl to go in anyway knowing that it would have warmed after a day of full sun. Once he was in I couldn't get him out! We then ditched the bikes and spent fifteen minutes climbing steeply up into the sun and breeze in the hope that it would keep the midges at bay. A rather lumpy campsite up high on the edge gave us another hour's sunlight and enough of a breeze to make it bearable. We ate our noodles and played cards. We went to bed at the same time in a teeny tent and woke with the sun the next morning. There was no breeze so the midges were evil, but we managed OK, descending back for an early swim. We met a couple of guys who'd camped not far away in a frost hollow who had woken to find their water bottles frozen! Suffice to say that Dyl had a great time and wants to go again. It's always worthwhile doing these adventures, especially if you look on them through the eyes of a 9 year old.

Due to a request to know more about the kit we used here are a few reviews: 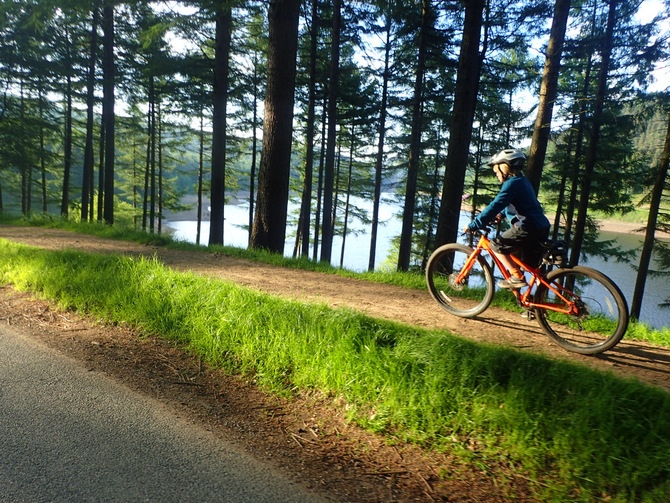 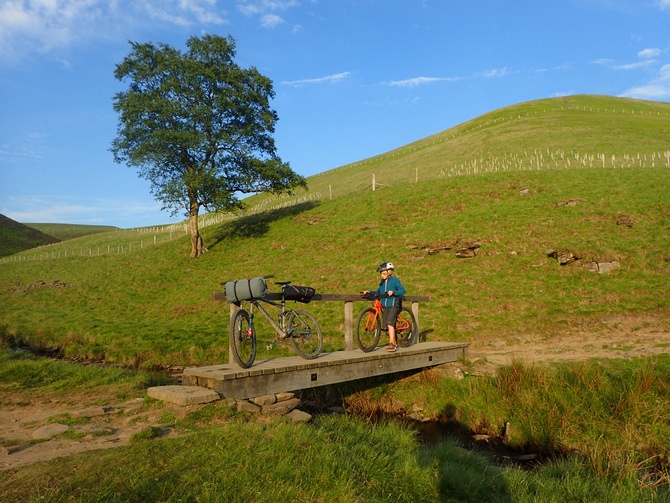 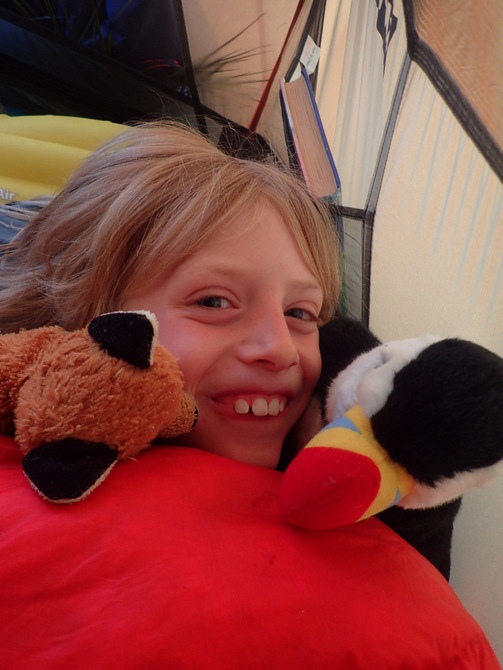 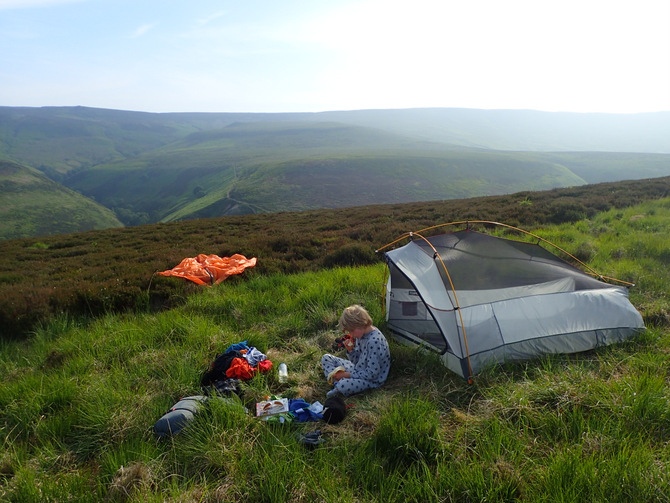 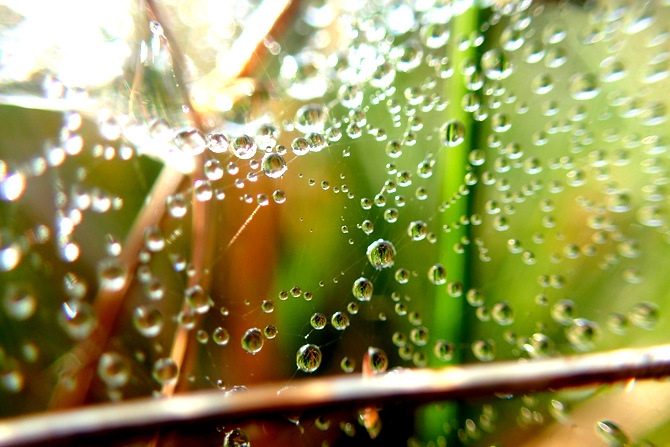 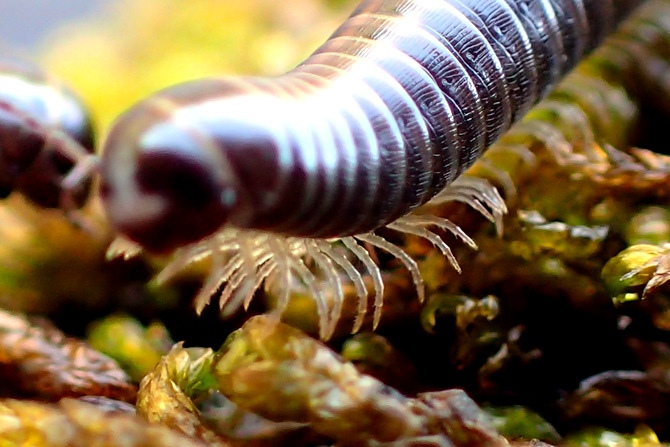