So a couple of months ago the guys from Steepedge approached us at ShAFF to ask whether we might work together, helping to source films for the platform, and then to promote them, as there's a lot of crossover between the film festival programme and their catalogue.

In case you didn't already know Steepedge is basically a Video On Demand platform that specialises in Adventure Film - that's climbing, surfing, kayaking, BASE jumping, mountain biking, running, and so on. You've heard of Itunes, Netflix and Amazon Prime? Well Steepedge is essentially the same, but cuts out all the nonsense blockbusters (and not-so-blockbusters) and concentrates on the good stuff! One or two films on Steepedge are available on the mega platforms, but finding them can be a bit like searching for a needle in a haystack. Just like the giants, on Steepedge you can buy or rent digital copies of the films, and at sensible prices.

Anyway, initially things seemed a little slow. We have an extensive list of films and filmmakers and were keen to approach those wit films we feel are of good enough quality to warrant being on Steepedge on a personal basis rather than a bulk mail. Those approaches are now paying dividends as the Steepedge catalogue is growing daily with very watchable films - a couple of days ago for example we made available North Of The Sun, one of the most awarded adventure films of the last decade. We're trying to post a new film each day, if not that, then three or four a week, so there's always something to come back for. We also post, on a daily basis, our favourite short online videos, hand-picked during hours of trawling Youtube and Vimeo. If you've got a Twitter or Facebook account then join us and you'll get to hear each time we post something. We're on Facebook and Twitter. Help us spread the word and grow Steepedge into the platform it ought to be. Oh, and did I mention that there's 50% off your first rental for a limited time? 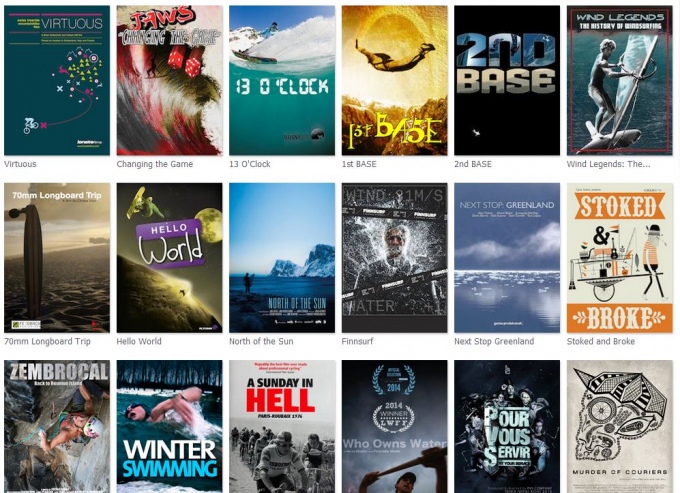