A few years back I used to take my oldest (then 8) and a couple of his friends to a local running club. The Hope Valley Hurricanes meet on a Thursday night in Hope throughout the year and in all weather. It was a really amazing group. 50+ kids aged between 8 and about 16 would turn up, with waterproofs and head torches when necessary, and be led off into the Peak District by a dozen volunteer run leaders. Each week would see a different route, with some entertaining drills and exercises thrown in to keep interest levels high. It had an energy.

Things changed and we stopped going which was sad, so I started helping out for an hour at an after-school running club at my boys' school in the village where we live. The club already existed and had a reasonable number of runners along with two or three members of staff. This year we've moved it up a notch and taken a leaf out of the Hurricanes book and made an effort to make it more interesting for the kids. A few more parents have got involved, and last week we had a whopping 19 runners from reception to year 6, 3 staff members, and 3 parents. We've put together a list of different runs and published them for the whole of the term right through to July. Last week was Strava Art in a local field. We split the kids into groups of 3 or 4, assigned an adult to them with a phone, and facilitated them drawing shapes of their own design. It was incredible. They were falling over themselves for a turn with the phone, darting off left right and centre, using teamwork to help plot the course with cones, and getting instant feedback as the designs were uploaded to the web. My youngest, now aged 9, and truth be told not a particularly enthusiastic runner, declared it the best running club ever! 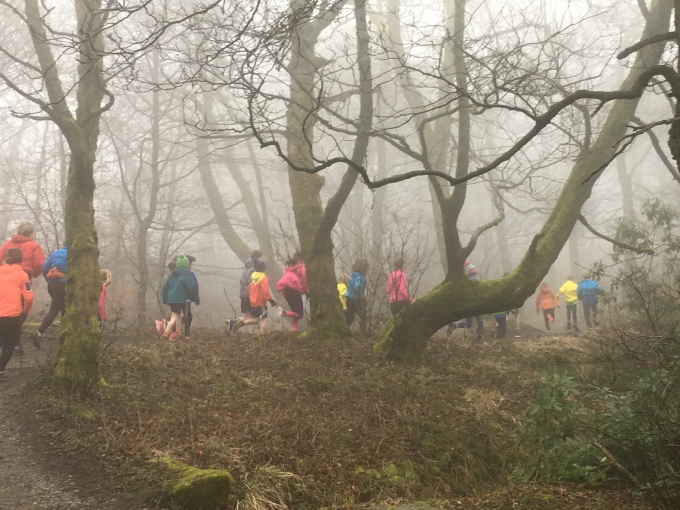 We're getting some Tshirts made for them to further encourage them. There are 59 kids in the school, so we have over a third of them taking part.  I'm publishing this here simply to encourage others to do the same if you can. Here's what we published to the kids and parents back in March: 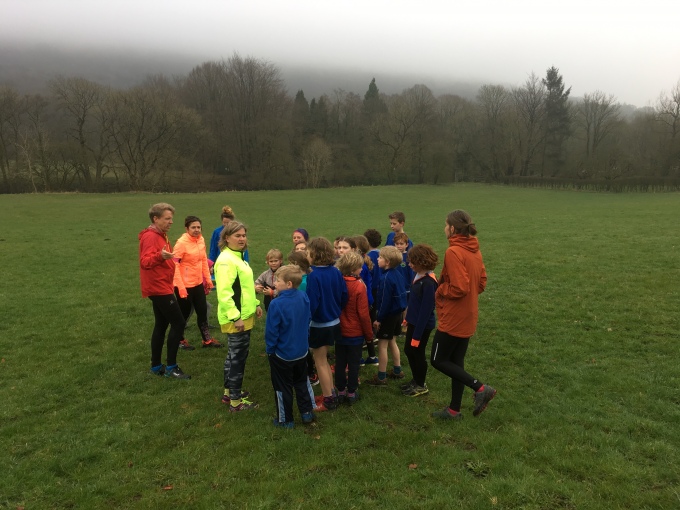 Strava Art day... The results can be found here.

Every Thursday after school. It’s a mixed ability group with kids from every class, but there’s always something for everyone if you’re willing to give a go. The main things is to make sure everyone has fun and runs! Parents welcome to join in and help too.

3rd May
Hay Wood Hash
A 'Hare' will set off in advance of the group and lay a trail using flour. The group will set off in pursuit and try to catch the hare, hoping not to fall foul of the false trail markers. 3km, rough & muddy. School pick up @ 4.30pm

24th May
Riverside Ramble. Hathersage & back. Up to 6km, flat as a pancake. Run as far as you can, but keep enough energy to get back. School pick up @ 4.30pm

31st May
Half Term

12th Jul
To be decided