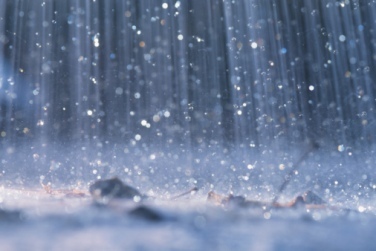 It’s a funny old world. 6 months (probably more really) of planning literally went down the drain last Friday as the painful decision was made to cancel Cliffhanger due to a month’s rain falling on the park in the space of about 4 hours. We’d met the previous day to discuss whether it might go ahead, spending hours in the park weighing things up and totally changing the layout to take advantage of the drier ground (after the wettest April, May and June on record the ground was pretty well saturated before Friday’s deluge, but with the park being mainly on a gradient some of the ground dries a lot more quickly than other bits). It was to no avail though, as Friday’s rain proved to be every bit as heavy as that forecast by the Met Office, complete with an Amber flood warning for Sheffield. I think that actually helped, in that it was national news that Sheffield was being battered, so nobody could really argue against the decision. Friday afternoon was spent on the phone and at the computer desperately contacting all those involved in the event, to let them know not to come. We managed to get most. Unfortunately the Welsh Bockers had made it as far as some services in Birmingham (from their base in Cardiff) before they got the message, but most had either heard that the event had been cancelled on the net (Twitter and Facebook were awash with comments and condolences) or media, BBC Radio Sheffield and Look North both covered the event in detail (actually in more detail than they have ever covered it when it has successfully gone ahead).

I didn’t really actually notice the rain on Friday I was in such a daze, trying on the one hand to make sure that I was doing all the right things, but at the same time subconsciously wanting to run away and hide. Driving back to the office I called my wife who had been due to play a gig in her new band on the Friday evening at BASECAMP, to suggest that she try to book the village hall and play anyway. She replied that she was already on the case, having called 5 venues in Sheffield and arranged for any profits made to go to one of the event exhibitors that I am patron of called Challenge Cancer. That made me cry. The Showroom came up trumps and Jodi & The Jupitrons got to play their gig along with fellow performers The Northern Generals. I went along and drowned some sorrows in a few pints.

What’s floored me most about the whole thing is the sheer volume of goodwill that folk have shown. My inbox was bulging with emails, Facebook notifications and Tweets from all corners of the country, every one of them nice. Everybody I have seen since Friday, including mums on the school playground, has made some conciliatory comment and given a hug or a pat on the shoulder. It’s made it a whole lot easier.

So, in answer to the most common question that I’ve been asked: it is highly unlikely that it will be rescheduled for later in the year. Sorry, but it’s a tall order. But thanks all for your support.