The Best Job In The World?

Last night I sat on the sofa in my lounge, Christmas tree up and decorated, fire glowing, tired but happy after a long weekend. There was half an hour to go before Homeland started, our one bit of TV addiction. I thought I would watch a few minutes of a ShAFF film. Last Saturday was the deadline for submissions for the 2013 Sheffield Adventure Film Festival. I currently have a backlog of about 20 hours of films to watch before I can build the programme for next year’s festival so I am squeezing in every available minute. At times it can feel a bit like a chore, like I don’t get any real free time (hence the Homeland fix). So I started watching a film. I’m not going to tell you what it was, but after 5 minutes I called my wife down to come and watch. We sat mesmerised for the next 40 minutes, missing the start of Homeland, but very happy to do so, unable to turn off the film. It was engaging, funny, incredibly inspiring (to the point that Soph declared that it should be on every school curriculum to educate kids that it is possible to take alternative paths through life), and beautiful. The previous night we’d watched a clutch of films that were almost on the same level and had gone to bed with minds full of adventure and exploration, freedom and personal paradises. At times it feels like a chore, but this weekend it’s definitely felt like the best job in the world!

Belos is a pic of me doing a bit of market testing on a few friends at my Birthday party last weekend on a frosty night (no, it's not my house!). Photo taken by Dan Webber (c). 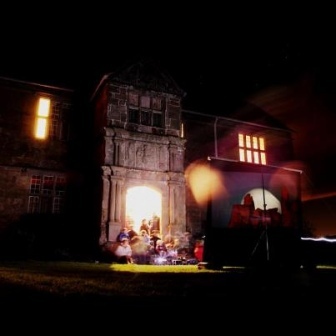