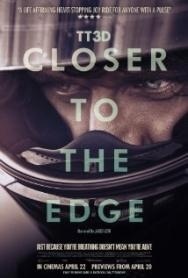 I’ve held the opinion for years that top athletes need to be driven to be where they are. I know, it’s not exactly news, but bear with me. I read an article a few years back on the 10,000 hours theory, that to be a genius you need to have put in at least 10,000 hours of effort into your chosen subject / sport. This applies just as much to the likes of Bill Gates and Steve Jobs who grew up tapping away at keyboards and getting to grips with early computers from the motherboard upwards, as it does to somebody like Michael Jordan who’s singlehandedly snatched victory from the jaws of defeat in more basketball matches in the dying seconds than anybody else. It was an eye opener of a an article t the time, casting a large dose of doubt on the fact that the people at the top of their game were simply born with an innate talent, and arguing that that talent is present to some degree in everybody, but needs to be combined with incredibly hard work and also some luck to be in the right place at the right time.

I know a good deal of people who are semi or fully professional sportspeople. Although they are without fail nice, down to earth people, they share a common characteristic, and that is one of drive. Over the years the drive barely wavers. I’ve always considered myself a climber and, I think, always will. However the last time I climbed was on Nov 22nd last year. I know this because it was my birthday boulder. I’ve spent my free time of late running and cycling. Those at the top of their sport can’t afford such luxuries unless a little cross training is beneficial to their main pursuit. Also necessary are a good dose of early nights, strict diets and the turning down of social invitations. All things that also aren’t for me, but are essential to succeed.

Relationships are something else which can suffer, or at least be put under strain by a single minded individual. I am often amazed that some folk (and I’m not necessarily talking about my mates here!) have been lucky enough to find the right person to put up with them and even to support them in their goals. I’ve watched a good few films now where a widow is interviewed and sadly says ‘well he died doing what he loved’. I usually wince at that point. Don’t get me wrong, I am all for living a full life full of calculated risks, but to me there is a line, and that line becomes that much cleared when family is involved.

I watched a film last night that blew my preconceived ideas of the level of obsession that some people live under out of the water. I’d heard of the TT Races on the Isle Of Man, but must admit that I didn’t know much about them. It turns out that they are probably the most famous and sought after set of motorbike races in the world. The reason? Because they are so dangerous. Since they started in 1905 nearly 250 people have died during the races. Watching the film it’s very clear why: the races themselves are clearly incredibly dangerous with bikes reaching speeds of 200 miles per hour on open country roads in in villages and towns, but more importantly, it’s because of the racers themselves. During the course of the film a dozen or so riders are interviewed and each and every one of them seems to have not only accepted the dangers, but also totally accepted the fact that there is a good chance that they will die whilst racing. Now climbing and mountaineering is a risky sport and a fair few folk die each year, but the TT races are on a whole different level. Listening to the families being interviewed, the widow getting on with life and teaching her sons to race motorbikes, I was left speechless by the level of obsession that these guys have, and instil in those around them. Take the guy who makes a load of the engines for the bikes for example – he compares himself to a drug dealer supplying the drugs that he knows will kill people, but he continues to do so. It’s a fascinating film and one I would urge anybody to watch.

TT3D - Closer To The Edge