Who’s idea was this anyway? That was my thought for much of the descent. All the way up I’d been enjoying myself, drinking in the surroundings and literally re-energising myself with each new vantage point. I’d stopped on the summit for a few minutes to drink, put on some gloves (I was worried about slipping on the descent) and exchange a few words with Shane who’d come up to take photographs. I’d told him I was feeling good and looking forward to overtaking a bunch of folk on the way down as steep and rocky descending is usually my strongest part of a race. A mile into the descent I passed Ellie and then Hayley on their way up. I remember telling them both that I was still feeling good, glissading down a snow bank back towards earth. And then things started to go pear shaped. There wasn’t a fall or a slip, or even a discernible turning point, but one minute I was flying, the next I was thinking ‘Ouch, this hurts, and if I don’t slow down I’m going to fall and hurt myself. So I went into what modern cars call ‘limp mode’ and ran the remaining 12 miles or so frustratingly painfully and slowly.

Overenthusiastic and underprepared is how I would sum up my race. In the 3 months prior, instead of a sensible training regime, I’d picked up two frustrating injuries, a badly twisted ankle, and then a twisted knee. Each resulted in a 2-3 week lay-off, and badly interrupted what was an otherwise sensible training programme. The twisted knee, the result of a fall into a vertical rabbit hole on the West coast of Ireland just two and a half weeks before the race, had left me unable to climb stairs so I’d mentally prepared myself to be unable to compete. The race was the first running I’d done since the twist, and I had donned a heavy duty knee support for the descent. I think the one thing that got me up and down was the two days prior to the twisted knee incident, and that was cycling across Ireland. Soph and the boys had dropped me and my bike off in Dunlaoghaire and I’d set off West with a sleeping bag, Thermarest, waterproofs and some gels and a water bottle. 10 hours and 135 miles later I found a lovely barn and literally slept in the hay, before carrying on at dawn for another 5 hours and 70 miles. I’d not done any long distance cycling before and figured it would be a good bit of cross training for the marathon. I didn’t of course know at the time that it would be the last training I would do, but it certainly proved effective, conditioning my legs to simply keep plodding on.

The idea to run the race had come about 8 months before when making plans for the summer, but the seed had been planted two years ago whilst visiting friends in the Pyrenees. We’d spent a fantastic two weeks at Chez Arran in the Ariege, about an hour south of Toulouse, and I’d spied some posters for the Marathon Do Montcalm. 42km, 2,500m of height gain and loss. I posed the idea of running the race to a few friends and before we knew it 6 of us had signed up. It turned out that we must have been pretty enthusiastic as between us we had the race numbers 1, 3, 4, 6 and 7 – the organisers must have thought that some international team of hotshots were entering! So there was me, Ellie and Hayley, Heather, Steve and our host John. Shane had also signed up, but decided to withdraw as he’s preparing for the OMM (Original Mountain Marathon) in October, which he won last year.

Montcalm is 3,077m high, but the village of Auzat where the race starts is somewhat lower down. We turned up the night before for a very long and rambling race briefing with a gymnasium full of gnarly looking sunkissed French and Spanish runners. The kids all took part in the junior races around town, and we soaked up a little atmosphere before retiring to our campsite in John and Anne’s orchard, and an almighty thunderstorm. The day dawned grey and cloudy – we know this as we were up at 5am so that we could eat a substantial breakfast and give it time to settle before starting racing at 7. We were glad of the cloud as it kept temperatures manageable. The first few miles are very easy angled climbing out of the village on tarmacked roads to allow the field to spread out. Then the first climb of the day, about 300m up switchbacks through the woods to an aquaduct high on the valley side which then runs pretty much flat for about 3 miles. You could sense people wanting to pick up the pace on the flat, but at the same time trying to conserve energy for the meat of the race. At 7 miles things change dramatically. The angle kicks back and there’s a 2,000m+ climb to do in the space of 6 miles. Writing it down doesn’t really do it justice. 2,000m is a flippin long climb. 95% of it was not runnable – even by the leaders – and the other 5%  was barely runnable as your legs were so knackered by the time you arrived at each 50m flatter section that you’d stumbled to the end of it by the time the remembered how to run again. The climb alone took 2.5 hours.

There were feed stations every kilometre or so and I drank a cup of salt water followed by a cup of sugared water at every one (thanks Iain Ridgeway for the advice – no cramps at all), and ate a gel every 45mins. There were literally hundreds of people on the mountain, which is a significant number given the effort required to simply walk up the thing, and especially given the early hour of the day (I summited at around 10.30am), and their friendliness and enthusiasm for the 350 or so runners was outstanding. I have not done another race anywhere which rivals it.

Anyway, as I’ve said, the descent was tough, the flatter run back out of the valley probably more so as the legs really started to hurt. I got a little emotional with myself about half a mile from the finish, chuffed to have completed it, and rolled across the line in 6 hours and 20 minutes. That’s a long time to be on your feet and running hard. As for the rest of the team John recovered from a major failure of his legs half way up the main climb to finish in 6 hours and 24. Heather ran amazingly to finish as 11th woman in 7 hours 7 mins. Hayley caught Ellie up just below the summit and provided some much needed moral support as the pair of them ran the second half of the race and finished together in 7 hours 37, and Steve, all credit to him, literally limped over the line with a well and truly knackered knee which had forced him to hop down much of the descent, in 7 hours 53.

A big thanks to Soph, the boys, and everybody else on the trip who put up with those of us who were competing, our constant prattlings about nutrition and training plans before the race, and our aches and pains afterwards! 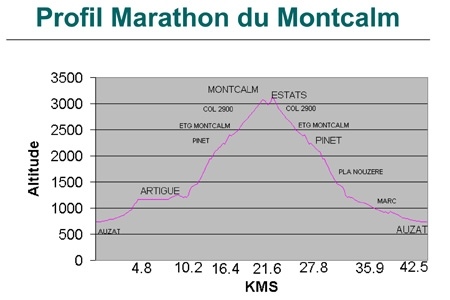