Who Gives A Crap? 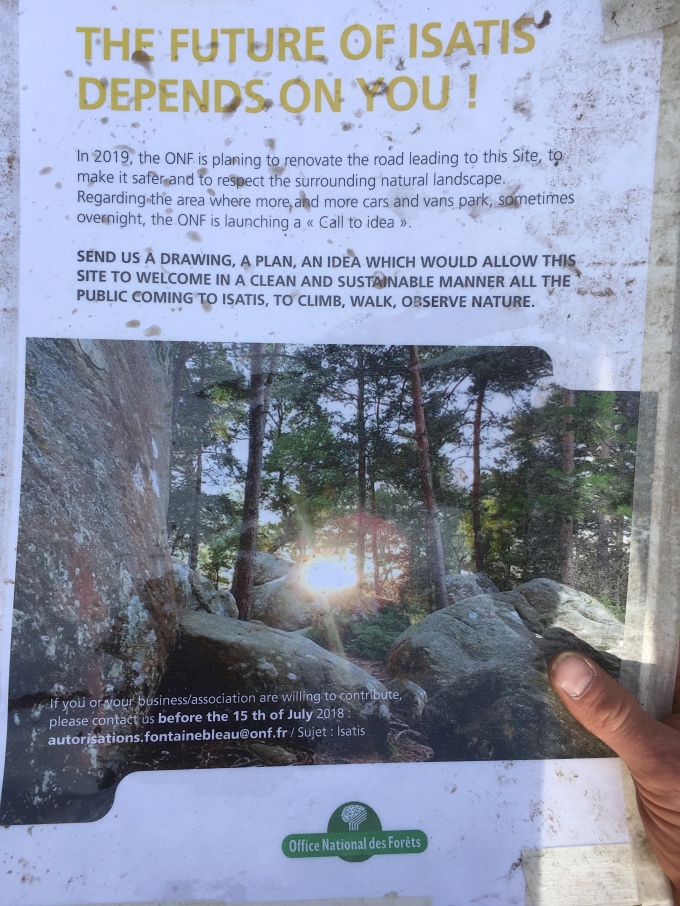 My boys have now travelled to Europe enough times to know not to venture into caves or under boulders without checking first for toilet paper. They are 9 and 11 and are completely grossed out by the idea that a) people use such places to go to the toilet, and b) that they leave behind their toilet roll. As a kid of the same age myself I remember being taught to burn or bury the paper, and if taking a dump, to bury it where it won't be seen / trodden on, and will biodegrade faster. I've wild camped at enough places around the world to know that it’s a pretty major problem, especially afflicting climbers who might choose to stay in one location for multiple days.  I remember the municipal camp site near Bas Cuvier in Fontainebleau which provide a grassy area for tents as well as running water. But no loos. Crapping in the woods was a necessary, but thoroughly unpleasant experience as literally thousands of people used the spot each year. Equally grim is the beach at Cala Barques in Mallorca, a Deep Water Soloing mecca which plays host to dozens of climbers at any given time for much of the year. Again, no toilets, and as resultant minefield of poo and tissue.

Way back in 1996 I recall staying for a week at 'Paradise' on the Lofoten Islands. It was a free campsite provided for climbers by the local authority. It had grass to camp on, a rubbish bin, running water, and crucially, a drop toilet. Drop toilets take many forms, but are essentially holes in the ground with a cubicle of some description above for privacy. They can be a bit on the smelly side, especially in warm countries, but if used responsibly and with a little maintenance, will compost down the waste and provide a very welcome refuge for those in need! The beach-campsite at Inverie in Knoydart has probably the finest example I've ever seen - it's actually won awards! I was pleased to see they are cropping up in some areas of the south of France around Buis Les Baronnies this Easter, but am frustrated and perplexed as to why the increasingly popular boulder fields of Fontainebleau are still littered with paper and poo. However, there's possibly some light at the end of the tunnel. At Isatis (one of the said boudlerfields) there was a poster outlining a call for ideas on how to best manage the site in the future as the forestry commission are looking to renovate the area. I figured as so many Brits go to Fintainebleau it would be as well to share the poster and encourage others to send in ideas. There were 31 camper vans parked at Isatis the morning we woe up there. It's not sustainable, and my worry is that unless the climbing community engages with the landowners, trouble is afoot. Whilst I am sure that the local climbing groups are on the case I was really disappointed in the result of a conversation with a 60-something Bleuesard who approached us later that morning. He made the usual approach, complaining about our use of chalk and promoting the use of resin or 'pof'. When I countered and asked him why the local climbers did not work with the land owners to provide better facilities for the climbers he claimed to be a local advocate for COSIROC, and simply shrugged the problem off and went about his business, excuse the pun. It makes me very glad that we have the BMC to work and lobby on our behalf.