What's In A Name?

A an awful lot it would seem. I've been climbing for many years. I'm a member of, and have worked alongside, and even with for a short time, the British Mountaineering Council. The BMC.

Yesterday the BMC announced that they would be rebranding themselves to move with the times, and would henceforth be Climb Britain. There's a new logo and a new colour scheme. And there seems to be a reasonable amount of discontent on online forums. 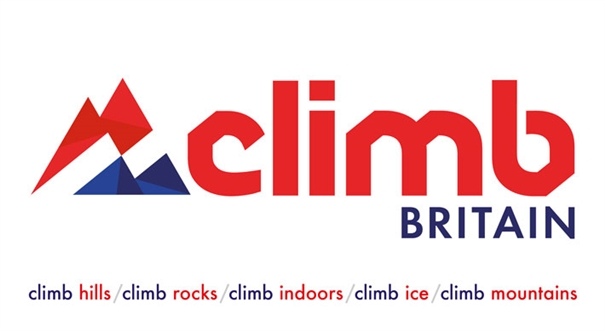 BMC is an acronym, that’s clear. What folk forget is that if you don't know what the acronym stands for then it's not doing its job as well as it could. Type BMC into Google, and despite the fact that it is a national governing body with close to 100,000 members, a company called BMC Software outranks it. If you watched the Tour de France during July then you'll know that there's a fairly prominent cycling team called BMC which is a Swiss bike firm.

Climb Britain works for me. There are a lot of people chuntering that the word climb doesn't represent them as well as mountaineering does. I'd argue exactly the opposite. Mountaineering to me means crampons, ice axes and maybe even pitons. It's not something that very many people do in the grand scale of things. The strap line which sits underneath the main Climb Britain logo says climb hills, climb rock, climb indoors, climb ice and climb mountains. I like that. I think it's far more inclusive than the word mountaineering. People seem upset that it will alienate hill walkers. I'm not sure why given the fact that the word hill is in the strapline.

There's a theory that the move comes as part of a dark plan to switch their focus wholly onto competition climbing, with an announcement due next month as to whether climbing will be included in the 2020 Olympics. Granted there is a fairly dynamic and sporty feel to the new-look logo, and it includes the red white and blue of the Union Jack, but the theory is deeply flawed. Sure they are giving some serious thought and time to the possible move, but to suggest that they would ditch the hill walking, mountain climbing and cragging members flies in the face of the deep structure of volunteers, activists, and other officers who represent the membership so well.

I'm really not sure what all the anger is about. Perhaps it is some tacit reaction to the shock of Brexit (a UKC survey before the vote suggested something like an 80+% proportion of climbers would favour remaining if I recall correctly), an opportunity to vent some frustration. Perhaps that's not fair on those who are upset. I don't mean to be, but I am really a little baffled by the vitriol and genuine anger that's being expressed. It's a name and a logo change. That's all. Personally I don't mind the logo. I think the strapline is great, and the colour scheme is fine by me - it's just a reflection of our flag and the moment we start to feel uncomfortable about that is a sad moment for me.