So it's over for another year. ShAFF that is. Life goes on and planning is well underway for Cliffhanger (Jul 5th and 6th) and the Buxton Adventure Festival (Nov 2nd and 3rd). Actually work is alreday underway for ShAFF 2014. It's easy to pick yourself up and start planning for the following year when things go well. There were a few minor technical hitches, but aside from those - things could barely have gone any better.

ShAFF always manages to land on a god weather weekend. This year was no exception, with the finest weather one could possibly imagine for early March. Clear blue skies and cool crisp temperatures. But that didn't deter people from coming; there was a buzz to the place throughout the weekend. It also meant that the Cityscape Cinema brought to ShAFF by Red Bull was a blinding success. Had it rained who knows how many would have braved the weather to sit outside. It was a gamble that paid off very well indeed with over 300 people turning up on the night to the free cinema overlooking Sheffield city centre.

Despite the weather ticket sales jumped by nearly 30% and for the 8th year in a row 100% of people said they would come again and would recommend the festival to others.

I'll stop now and put a link to a very well written review on MyOutdoors which says things a lot better than I can.

And here are some photos of the weekend taken by Jake from http://www.lwimages.co.uk/ 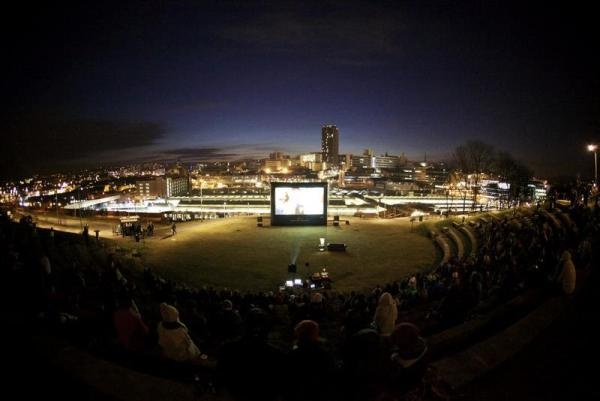