Sheffield is home to two very important guys in the world of sport, both named Steve, yet if you were to ask your average Sheffield resident if they’d ever heard of either I suspect the answer would sadly be a resounding no. Steve Peat is the greatest ever downhill mountain biker – and we’re talking worldwide here – and Steve McClure is quite probably the UK’s best climber of all time.

Steve Peat took his second consecutive win in the men’s Downhill at Vallnord and the 17th of his career, breaking Frenchman Nicolas Vouilloz’s record for most World Cup wins, and extending his lead in the overall standings. He’s from Wharncliffe, is responsible for most of the singletrack in the woods in that neck of Sheffield, runs the Wharncliff Weekender, and is an all-round very nice guy. Interestingly his brother Andy Peat climbed with Jerry Moffatt back in the day and was pretty handy! Born in June 1974 he’s no spring chicken, but is still delivering the goods, having won the last two downhill races of the season, one of them only yesterday! How can it be that Sheffield, the UK’s national ‘City Of Sport’, doesn’t do more to raise this man up and celebrate the fact that he’s here? It’s not like we can even blame the Olympics as Mountain Biking is an Olympic Sport! We should have streets named after the man!

Whilst we’re on the subject of mountain biking check out Danny McAskill’s incredible video that was uploaded to Youtube four weeks ago and has gone absolutely bonkers since then with over 5,000,000 hits. I hear that his phone hasn’t stopped ringing with offers from all manner of celebrity chat show hosts wanting him on their show. Strange world…

Steve McClure is a climbing phenomenon. Approaching 40, and with a 3 year old kid, he’s still climbing at the absolute top level, and so far above any other British climber that it beggars belief. Last week he returned from another of his lightning trips to Spain where in six days he managed 1 F8b+ on sight, 4 F8bs on sight and multiple F8a+ and F8a on sight, coming within a whisker of that elusive first F8c on sight. A forum poster on UKClimbing had the audacity to ask what might happen if Steve were able to spend longer on one of these trips? Steve has just been dropped by high street lifestyle sponsor Fat Face (they have dropped virtually all of their sponsored athletes in an attempt to stave off the recession which has hit them particularly badly – they’ve also pulled out of sponsoring any Heason Events for the time being). Aside from a few other sponsorship deals Steve makes his living driving up and down the country route setting at climbing walls. It clearly keeps him fit, but it ain’t exactly Chris Sharma’s lifestyle! My point should be fairly clear: give him the means to go to Spain for the winter and I am sure he’d jump at the chance and we’d no doubt see something quite special. If he can operate at the levels that he does on the income he does, and with the workload and family commitments he has, heaven knows what he’d be capable of if he was given some financial stability! Perhaps we, the climbers of the UK, should sponsor Steve collectively for a couple of years and see where it gets him?

He’s another sportsman that Sheffield should really be recognising and nurturing. Rant over, but perhaps this Blog entry will help enlighten a few more people to the two great Steve’s we have in our midst.

Steve McClure in Mallorca on a DWS trip in 2008: 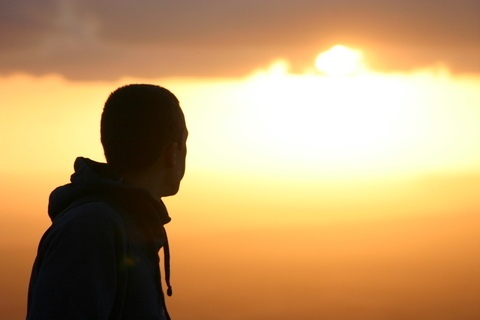