Its official definition is to be evasive. It's modern definition is somewhat different. Practiced for decades my a few, weaseling seems to be on the up. It's a cross between rock climbing and caving; it takes place above ground and not in caves; it requires no equipment, though some choose to don a boiler suit and a helmet. It's basically a fun way of going for a walk. I was out at Higgar Tor on Saturday afternoon with a couple of mates and we all had our lads with us. Put a two and a half year old in amongst a bunch of boulders and they will automatically climb on to them, jump off them, and squeeze underneath and between them. That's exactly what we were involved in - seeking out the best squeezes, mini-caves and holes for the boys, when a group of some 20 youngsters popped up from behind a lump of gritstone and promptly disappeared, one after another, into a hidden tunnel. A minute later the first of them popped his helmeted head out of an equally invisible hole some 30 feet away. with plenty of wheezing and deep breathing the group slowly extricated themselves from this squeeze like a team of grinning Indiana Jones'. They were clearly having a lot of fun.

The following day I was out with just a couple of mates for some bouldering at the same place. Along came another group of similarly clad outdoor enthusiasts following what was clearly a well trodden route through the boulders. This time, without the kids in tow we tried a few of the squeezes and tunnels after them. What a laugh. It's obviously claustrophobic, dirty and sometimes a little painful, but if that doesn't put you off it's well worth a try.

There's no guidebooks to weaseling, there's not really even any websites (though a few outdoor centres offer it as one of their activities). You just have to know the rough areas to go to and explore yourselves.

It reminded me of Under Milk Wood, a classic of it's genre, and not for the faint of heart, at 3 Cliffs Bay on Gower. If you haven't done it, it's well worth the trip! 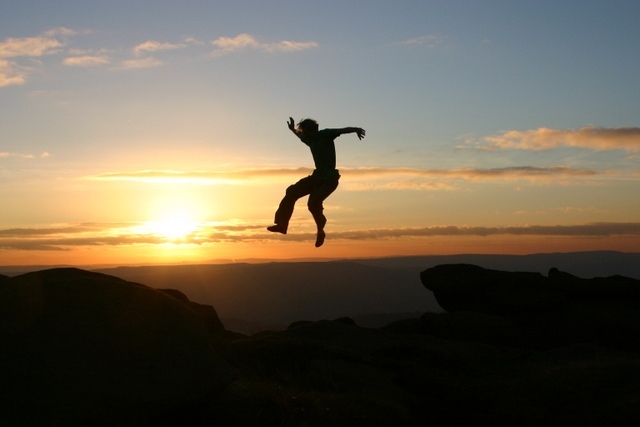 Whilst out with the boys we were egging them on to jump from boulder to boulder. This of course led to them asking us to jump bigger gaps which subsequently led to howls of laughter that only toddlers can summon - the kind that sounds forced, but you know isn't! Now I'm 6 foot 5 and was a reasonable long, high and triple jumper at school, have a head for heights, and quite enjoy freaking people out who are none of the above. The day's activities were halted when I made a particularly long jump above a very pointy landing, only to be completely blinded by hair in need of a cut mid-jump. The blind landing onto a car sized boulder was not as in control as it should have been!