Is It OK To Ignore People? 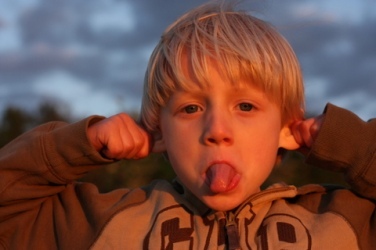 The majority of my time at work is spent behind a computer at my desk. I’m either emailing, online updating websites, or on the phone. A large proportion of that time is spent interacting with other people via email, Facebook, Twitter or the phone. I’d say that I am a fairly heavy user of email. In my sent mail folder I have over 93,000 emails dating back to about 1997. That doesn’t include bulk mailings to my mailing list. I generally keep my inbox either empty, or close to empty, filing stuff away within my folders. If somebody emails me and it’s not spam I always reply, without fail, and usually within 24 hours. I do get a reasonable amount of spam, but with modern filters it really isn’t a problem. I scan through my spam folder once a day and delete what’s in it, occasionally rescuing something from it. Once a week I go through regular newsletters and unsubscribe from a dozen or so.

A lot of what I do it contacting people to ask them if they would like to be involved in an event I am organising. I don’t just randomly email or call people. There’s always a method or context. I’m currently arranging a new event in Buxton for this October (http://www.buxtonadventurefestival.co.uk/) and am putting together a programme of speakers and am contacting quite a few folk out of the blue to ask them if they would like to be involved. It’s easy to get hold of people nowadays. They either have their own websites, Facebook profiles or Twitter accounts. The very fact that they have one or more of these public landing places says to me that it’s OK to contact them, and that they have exposed themselves to such approaches because they want and need to be approached for such events.

What I can’t get my head around is how many of them simply don’t bother responding. I’ve heard all the arguments about us drowning in email, how email is no longer an effective means of communication. I think that’s a bit of a lame excuse. Here I am offering to pay some of these people money to attend an event, something that many of them are touting as one of their services, and yet they are failing to even acknowledge my approach, which is often a combined, staggered one via email, Facebook, Twitter, and text message.

It’s not just the professionals offering their services, it’s friends not acknowledging an invitation to the pub, it’s companies not acknowledging a technical support query, it’s campsites not returning a call to answer an availability question. Basically it’s becoming the norm to not bother answering people. I always try to look on approaches made to me as if somebody were talking to me. I can’t think of a situation where I would physically ignore somebody who asks me a question face to face. It seems that if you make the approach without actually being there, it is, after all, OK to ignore people. A rather frustrating state of affairs in my book.