Are We Becoming Too Cautious?

A number of separate things happened this weekend which made me think that we are becoming over-cautious here in the UK.

First of all I read a press release issued by the Snowdonia Mountain Rescue on the BBC advising people not to head onto the summits with small children. My boys are now old enough to actually start taking into the mountains (they are 5 and 8) and the very last thing I plan to do with them is tell them that it's too dangerous to take them to the top of Snowdon, or Tryfan, or any other inspiring looking lump of rock and heather. I'm going to take them up there, with the right kit for the conditions, I'm going to teach them how to use that kit, and I'm going to be safe in the knowledge that if there's trouble then I am going to have to be in a pretty bad way to not get them down myself (and if I am in a bad way then I am going to teach them how to help me get down, possibly by calling mountain rescue). Advising people to keep off the summits seems totally counter-productive to reducing accidents in the hills. Surely the press release would have been better used reinforcing the message that mountains can indeed be dangerous places, but that with the right skills, kit and attitude they can be hugely rewarding and enriching, especially for kids?

Shortly after that a friend emailed me a photo of a person standing looking at some water. I naively assumed that this was a sign actually encouraging people to swim in the said water body, but alas, it was simply another version of the same sort of signs that we sadly see next to virtually all reservoirs and many lakes in the UK, advising us that the water is deep and cold. Personally those two characteristics are exactly what I am looking for on a hot summer's day, but then my folks taught me to swim. 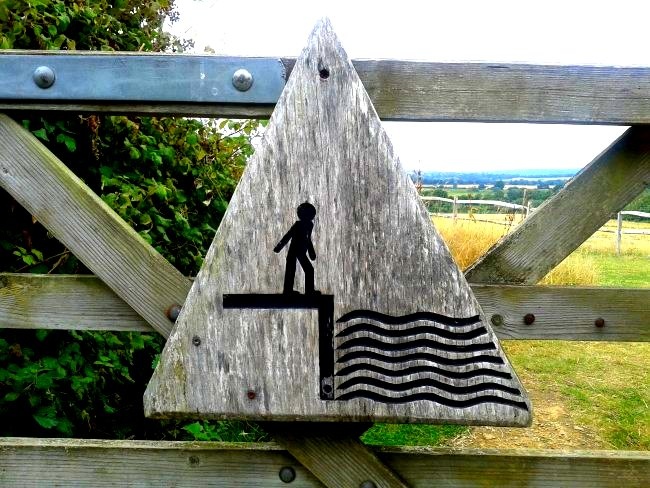 Then on Saturday my wife spat her tea all over a magazine she was reading in response to an article on exercising 'secretly'. It suggested that if walking up the stairs to your office was too strenuous, then you should catch the lift to the floor above their office, and then walk down to it, and in doing so burn between 1 and 5 calories. Need I say more? Then the final straw was on Sunday. I was out for a run and covered a stretch of the Pennine Bridleway just below Rushop Edge. Ahead of me I saw a group of mountain bikers. I figured that they would be gone pretty quickly, but I overtook them within a minute or two and continued to stay ahead of them for 10 minutes of largely flat track. I was running 7.5 / 8 min miles so wasn't hanging about, but they must have been almost falling off their bikes to have been doing that speed on the flat. There may well have been a perfectly reasonable explanation for their speed, and I am not advocating that everybody should bury themselves whenever they are out excercising, but I do worry that they may have arrived at a tea shop later in the afternoon and felt that they'd 'earned' a big slice of cake, arriving home that evening figuring that they'd done some serious excercise.

Given that all these things happened in the space of two and a half days I thought they deserved a post. C'mon people, let's try harder and ignore the naysayers who would have us believe that we weren't born to run, swim or generally be active at all. And shame on you whover issued the press release that the BBC posted!

Actually, I'm going to finish on a high. Well done to Sheffield City Council for having the forsight to host yesterday's Skyride and shut down part of the city centre for a good portion of the day. Was so good to see so many folk out riding the rods without fear of traffic, even though a hurricane was lashing the country. Imagine how many folk would have turned out had the weather been good. 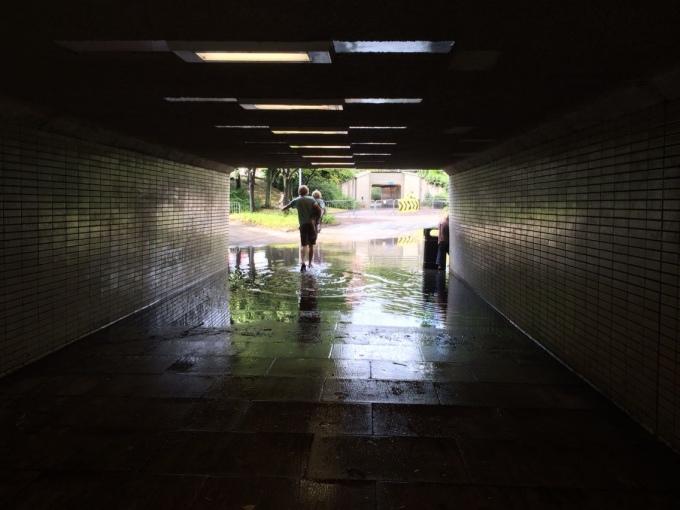 A water featuire! Part of the Skyride course yesterday...