A Film Every Teenager Should Watch

A couple of years ago I was sat in my lounge on yet another night of watching films pre-ShAFF. 10 minutes in and I called upstairs to my wife to come and watch. She got half way down the stairs and sat there, entranced by a truly amazing story and bit of filmmaking. I think I've now watched North Of The Sun more times than any other film bar The Italian Job and it never disappoints. Watching it on the big screen a few months after my first time, in front of a packed audience and with the caveat of Grand Prize Winner at ShAFF that year, was very special. When we say that we hand-pick films for ShAFF we really mean it, so it's a privilege to be able to sit with an expectant audience watching and listening to them appreciate a film. The film went on to win the Grand Prize at Banff, Kendal and a multitude of other festivals it's that good. 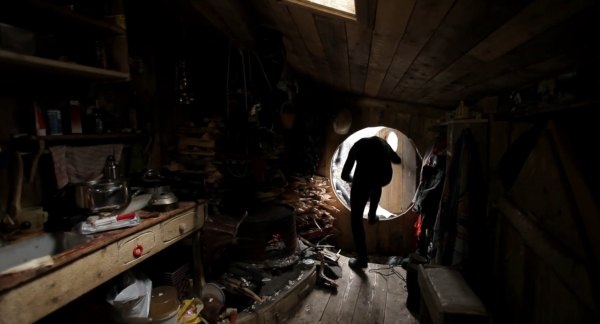 Without giving too much away it's a film about surfing that's more about bucking the system and living an alternative lifestyle than the actual surfing. If you've got one iota of adventurous spirit in you then you'll watch this and smile. It's not an alternative lifestyle in that the protagonists grow dreads and live in an eco-cabin in the woods. It's about a couple of young men who, for a season, do something quite remarkable and spend a winter surfing north of the Arctic Circle. They are completely off-grid, and present some really strong messages really ought to be shared far and wide. I know that if I'd watched this as a teenager it'd have forged some very strong dreams. As it is it inspires me just thinking about it.

Check out the trailer here.