HellRider - The Devil's Duathlon - Is Back

‘Brutal’, ‘tough’ and ‘challenging’… ‘brilliantly run’, ‘a cracking event’ with ‘a great course’ - just some of the comments from competitors over the past three years at the UK's only off-road team duathlon relay, HellRider.

The Devil’s Duathlon is back again on Saturday June 7th with 8 hellish hours of non-stop, alternating 5k trail runs and 7.5k mountain bike loops through the woods and parkland of the heavenly Hambleden Estate near Henley-on-Thames.

This unique event offers a challenge for every ability level from groups of friends and club members sharing the workload in teams of 3 or 5 to hard core endurance addicts and Ironman contenders taking on the solo challenge.  (There is also a mountain-bike only option for those who prefer two wheels to two feet). 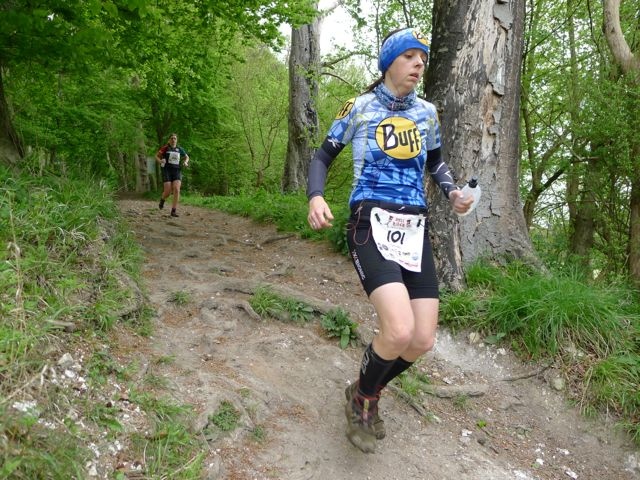 How far you can go in 8 hours is up to you.  One thing is guaranteed - a great atmosphere.  You’re promised a huge cheer every time you come back down into transition, whether you’re setting off alone on another lap or handing over your Buff Baton to your team mate to take over.

The circular course with catering, a central feed and aid station makes it family friendly and fun for supporters and also allows endurance athletes to practice getting hydration and nutrition right for longer endurance events.

Now in its fourth year, the duathlon is organised by Peak District event specialists TrailPlus, who also run one of the UK's biggest off-road running series HellRunner with more than 5,000 runners across the year as well as the UK’s most popular team Adventure Challenge series.


With approximately 1,000 acres of unspoilt woodland and rolling parkland, Hambleden Estate (part of the Culden Faw Estate) is conveniently situated just 40 miles from London.  The village of Hambleden has been used for many feature films such as Chitty Chitty Bang Bang, 101 Dalmatians, Sleepy Hollow and the New Avengers, for major TV productions such as Band of Brothers, A Village Affair and Poirot.

Want to raise money for charity?  We’ve teamed up with children’s cancer charity, CLIC Sargent or fundraise for your own favourite cause.

Event Director and Trailplus owner Paul Magner said:  “HellRider stands out in the adventure racing calendar as a truly unique event.  We originally set it up as a team-only duathlon but have responded to demand creating a solo class and mountain-bike only alternatives.  The back-to-back loops mean your family and friends can cheer you on as you complete each lap, creating a brilliant atmosphere.”

Winner of the solo duathlon, Iain Payne from Somerset, who completed 17 laps said, “It was brutal. It was hillier than last year - very hard.  I do enjoy it!”

Adventure sports writer and endurance athlete Nik Cook who came second in the solo race, completing 16 laps, said:  “I’d definitely rate HellRider as one of the best races I’ve ever taken part in. I raced solo and used the event as training for the Long Course Duathlon Championships in Zofingen Switzerland. I would highly recommend it to any Ironmen in training, as it’s a great test of pacing, fuelling and provides multiple opportunities for transition practice.  It’s a great race.  And it makes you a better person!” 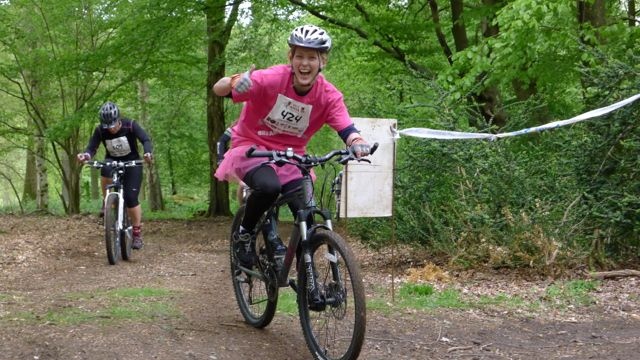 First-timers, Team Blazing Saddles - Vanessa Richards, Chrissy Bird and Linsey Clarke from Winchester – who completed last year’s HellRider in pink tutus, said, “The minute you finish one circuit you are quite elated then you have to go again.  It’s pretty challenging but once you have got it sussed you feel a lot more confident.  There is a big range of people doing it – it’s not just the super fit”.

Jenni Tomblin, who competed solo in 2012 said, “The friendliness form other female competitors really helped. At one point another woman gave me one of her sandwiches, which was brilliant because I found the refuelling part of the event quite hard to judge.  The laps were not too technical so it suited me because I was more of a beginner rider. I found that my running fitness helped with endurance and the event was within my capabilities, even if it was challenging. I think most women with a reasonable level of fitness would enjoy this event."

Rachel Taylor, who entered the team event in 2012, said: “A brilliantly run event over eight hours with a tough course and a couple of killer hills that you don't want to see towards the end of the day! But don't let that put you off as you feel all the more satisfied for having conquered them for the umpteenth time. Great goodie bag (always important) and a fantastic atmosphere with music to keep you motivated all day. Best organised event I've done and most exhausted and proud I've ever felt at the end of a course!”

Ayo Williams from London, who entered as part of a 3 man team in 2012, said:  "I thoroughly enjoyed the Hellrider Duathlon.  It was one of the better organised events that I have done in recent times, with the right balance of length, difficulty as well as attendees.  The mixed abilites on show (guaranteed by allowing teams of 5, 3 or 1 - for the crazy folk), plus the music, tricky but not brutal course all combine to make it a cracking event which I will come back for this year."

Brian Taylor (Ayo Williams' team-mate) said: "A brilliantly organised event and a great course. The format of the event is unique - it allows entrants of varying abilities to compete side-by-side and makes for a competitive, but fun, atmosphere.”