The deadline for submissions to the 8th annual Sheffield Adventure Film Festival closed at the weekend and competition for the Grand Prize is hotter than ever with a record number of films under consideration.

Festival Director Matt Heason (Heason Events) has been testing his broadband connection to breaking point with a whopping 240 films in the running.  Film-makers will be notified by the New Year whether they’ve been successful with tickets going on sale around 20th January. 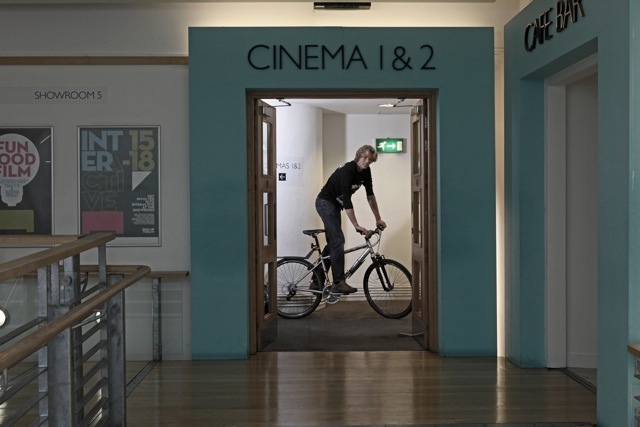 As ever, the three day festival will be held at the Showroom Cinema and Workstation - the UK’s largest independent cinema outside of London.  2012 was another bumper year with more films than ever before (75); record ticket sales (a 44% increase on 2011) and an incredible 130,000+ views of our trailer producing by award-winning film-maker Al Lee with soundtrack by Sheffield Band Hey Sholay who’ve gone on to release their debut album and perform live on 6Music.

Festival Director Matt Heason said:  “I say it every year but the quality of films just keeps on getting better.  A strong trend this year is that film-makers have definitely upped the artistic ante.  2013 is the year art, adventure and action have all come together and the result is some truly stunning cinematography.”

“Notable this year is a welcome increase in the number of films featuring female athletes.  Last year’s new category for short virals was a hit and the quality and quantity keeps rising fuelled by YouTube, Vimeo and the accessibility of affordable editing software and the Go-Pro revolution.  But I’m also seeing more feature length films.  Given programming constraints a longer film needs to hit a really high standard to make the final festival cut but there are some strong contenders.  Watch this space!”