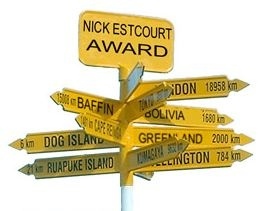 
Nick Estcourt was killed in an avalanche on K2 whilst taking part in the 1978 attempt to climb the West Ridge. The NICK ESTCOURT AWARD was established to commemorate his climbing achievements and to encourage future generations of expedition mountaineers.

Eligibility
Applications are invited from expeditions attempting an objective of considerable mountaineering significance. This might be a previously unclimbed face, ridge or summit or a repeat of an existing route but in a more challenging style or conditions.
Applications are considered solely in terms of their mountaineering merit. Scientific and other objectives are not taken into account. Awards will NOT be made to expeditions with a significant commercial or military element.