If you read my reviews then you will know that I've reviewed a lot of Wild Things Publishing's guides over the years. A year or two back I contacted them to ask whether they needed any help in creating a Wild Guide to the Peak District as it seemed inevitable that it would come at some point.

Unsurprisingly I was told that there was already a team working on it. And here it is.

It's been co-authored by Nikki Squires, Richard Clifford and John Webster, following the now familiar format of wild swim spots, sacred and peaceful spots, cool campsites and other 'wild' places. Having lived in Sheffield and the Peak District for thirty years, and having an enquiring mind, I'd like to think that I've been to enough local spots to fill a guide, but as is always the way with such things, other people have different experiences and knowledge so it's jam packed full of new spots.

Perhaps what's most interesting about this guide is not what is include, but what is not. During the pandemic, or rather immediately after the first lockdown was lifted, the Peak District became literally busier than ever before, with a whole new raft of people having discovered it. With the increase in numbers has come an increase in pressure on some spots. Obviously it would be counter productive for me to list any of them in here, but I am glad to see that there are some local swim spots, which are easily accessible and therefore at risk, which do not feature in the guide. I hope that this was by design and not by accident. I note that there is a section on responsibility in the outdoors which is great. 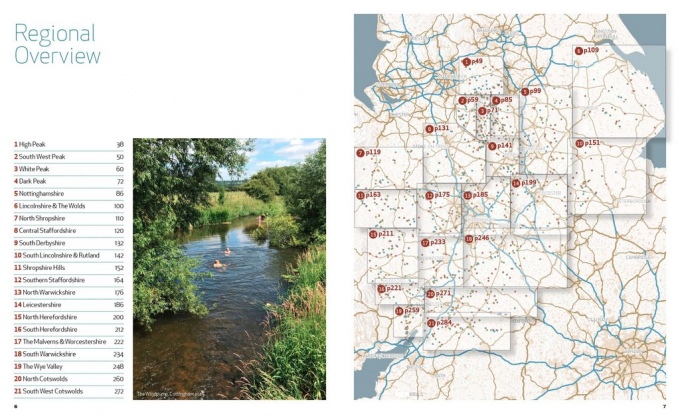 If you're not familiar with the format of the Wild Guides (there are now similar guides (click for my reviews) to Wales, Scotland, Lakes & Dales, South-West, South East, Scandinavia, Portugal and the French Alps), it is broken down by area within the covered region. On page 7 is an overall map of the region with individual areas subdivided into 21 chapters. It can be hard to tell from the overall map exactly which chapter you want, but it's a quick job to turn to the respective chapter page and check the larger scale map which in turn shows the individual wild places. If I have one gripe with the format it's that the maps appear at the end of their respective chapter, so it's not immediately clear whether they refer to the chapter preceding them or immediately after. A heading on the map would solve this easily enough. If you know the area well then it's immediately obvious which are a map refers to, but if you don't, it's not and can take some quick cross referencing with the wild places to orientate yourself. 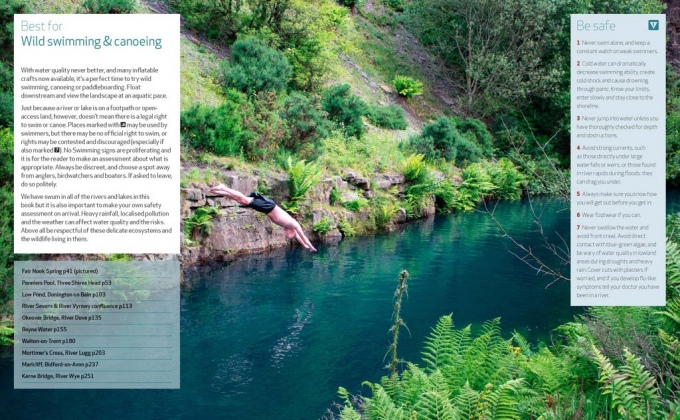 The wild places are denoted by colour coded dots: blue for water, red for eating, brown for sleeping, and green for everything else. Each dot has a number which cross references with the sub chapter of each chapter. Padley Gorge, a local honey pot swim and picnic spot on the outskirts of Sheffield is number 2, on a blue dot on page 75 of the book (the respective map being page 85 at the end of the chapter).

As you'd expect from Wild Things Publishing it's well researched and packed full of mouth watering photos to keep you exploring. Where photographs are used outside of their respective chapters, on a double page spread in the intro for example, they are always referenced so you can easily find details for a visit.

The book retails at £16.99 or roughly the cost of a day ticket to the likes of Chatsworth House. Incredibly good value to my mind.

You can buy the guide direct from Wild Things Publishing