I've had a few slack lines over the years. The early ones were simply lengths of webbing that we would tension between two anchors using pulley systems and karabiners. There was always a frisson of excitement that you might accidentally exert too much pressure and one of the karabiners would break under load and send shrapnel off at high speed.   Gibbon have been producing slackline kits for pretty much as long as people have been slacklining. This is a kit we got at Christmas time to live in our van and go fun places with us. We've not been to many fun places since Christmas so we've been playing locally and testing it out. The kit consists of a 15m line with a stitched loop at one end, plus a shorter length of line which is around 2m in length with a stitched loop at one end and fixed to a truck-style ratchet mechanism at the other. The webbing is about 2.5 inches (7cm) wide. There's also a single Velcro line protector which can be wrapped around the line if there is an edge to protect it from.   Setup is simple. You loop the line through itself around your anchor (ideally a tree), lay it out towards your second anchor, and fix the ratchet end to the other anchor, passing the ratchet itself through the loop having passed it around the tree first. Once the two pieces are in place you thread the end of the long section through the slot in the ratchet, pull through any slack line, and then begin to tension it with the ratchet handle. Keep ratcheting until you effectively can't do it any more. Once you've done that you can release the ratchet handle and fold it back against the mechanism so it's out the way of the line and not swinging around widely. Hey presto that's it. Releasing take a little getting used to. You need to pull the ratchet bar out of the teeth in order to release the tension. It takes a little effort if it's under a lot of tension and also makes a disconcerting noise!   As for using the line, we are pretty rubbish at it still so no major tips I'm afraid. But it's a lot of fun. It takes up very little space, is long enough to be useful, and super easy to set up and take down. Here are a few photos of us using it over the recent weeks.   https://gibbon-slacklines.shop 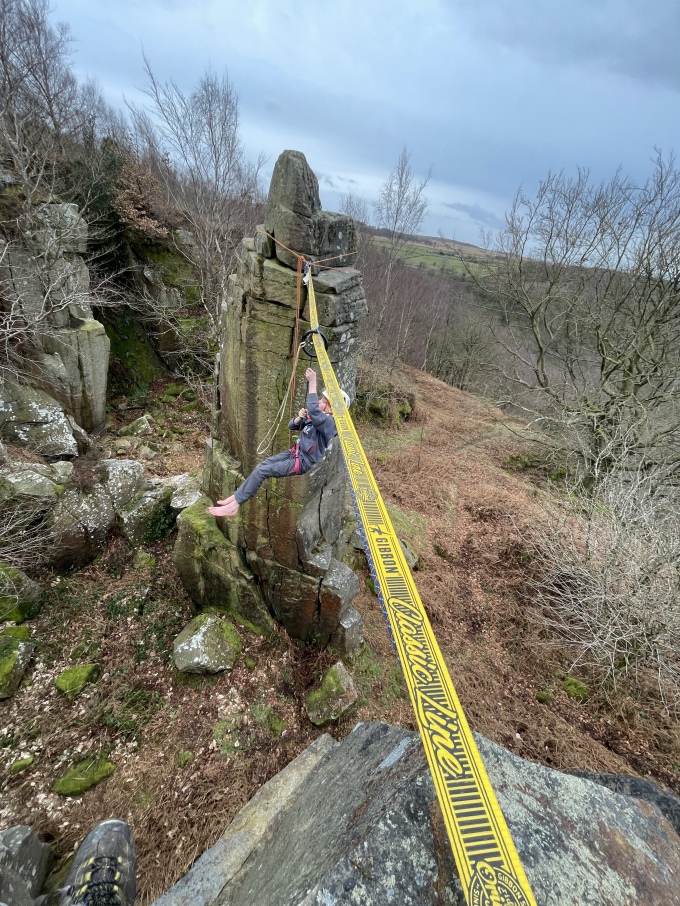 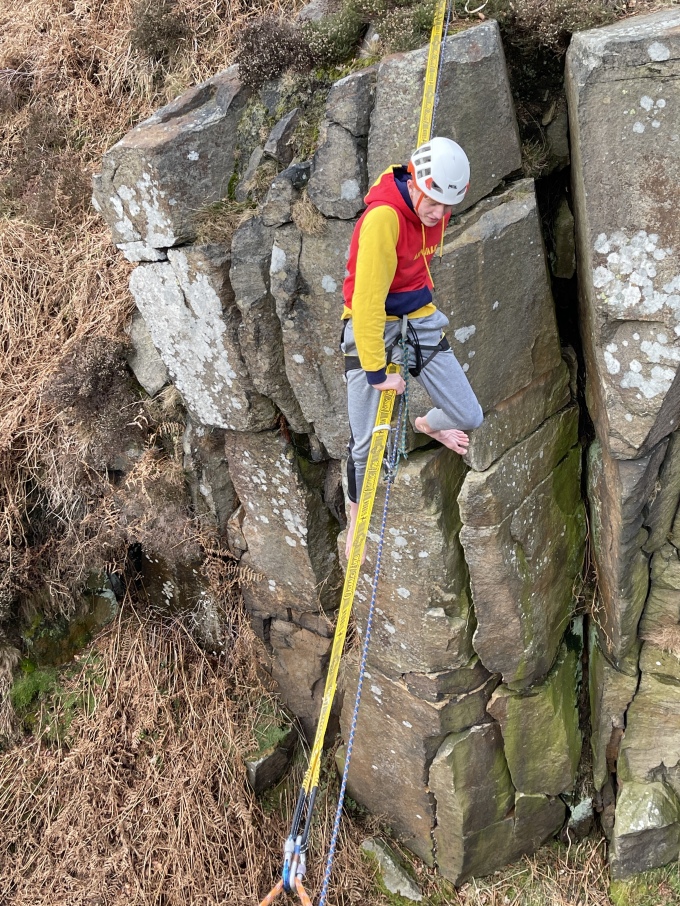 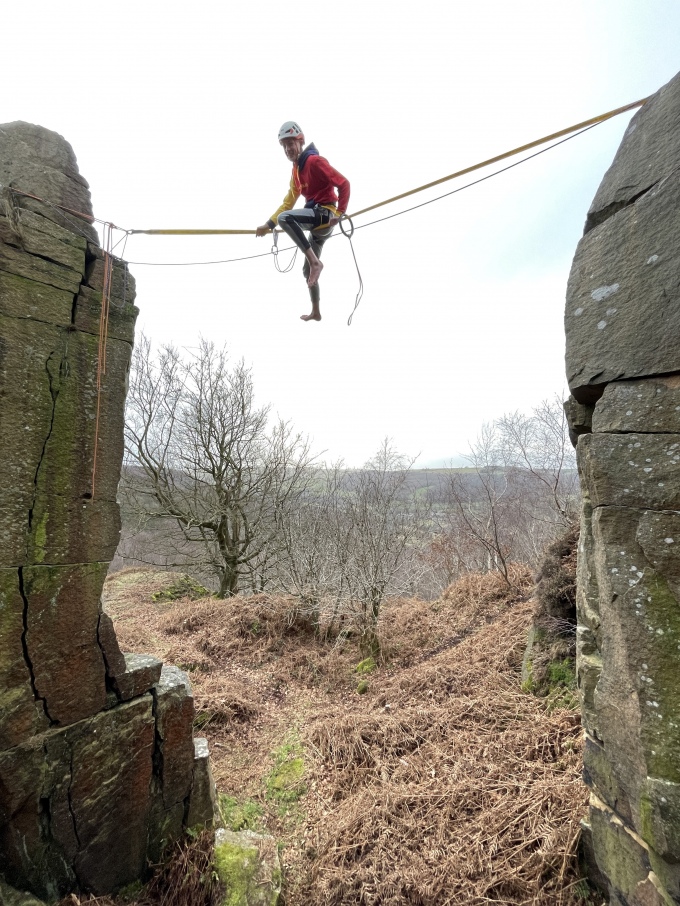 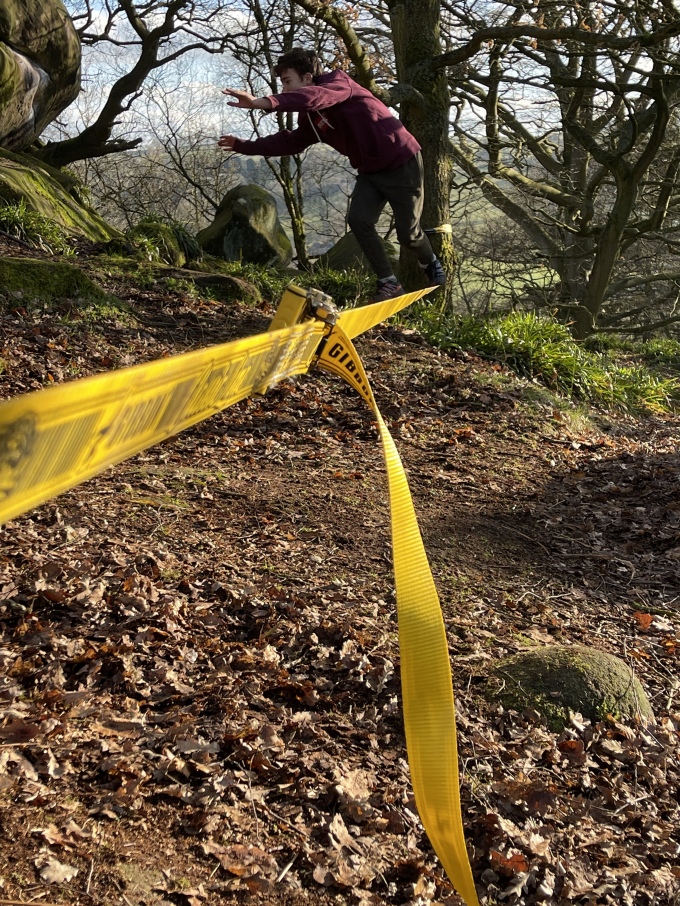 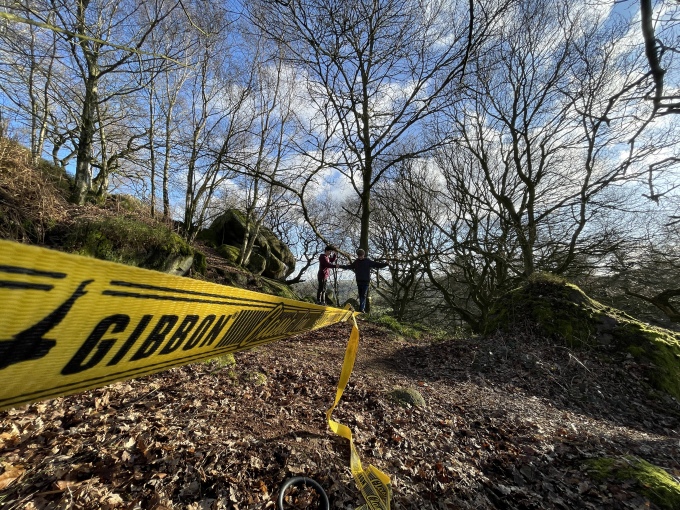 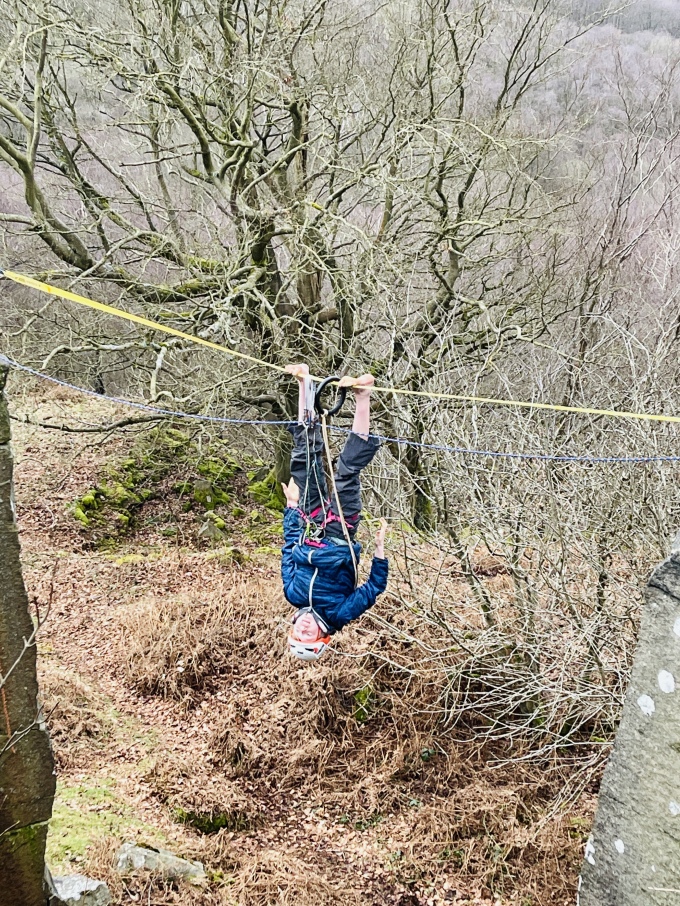 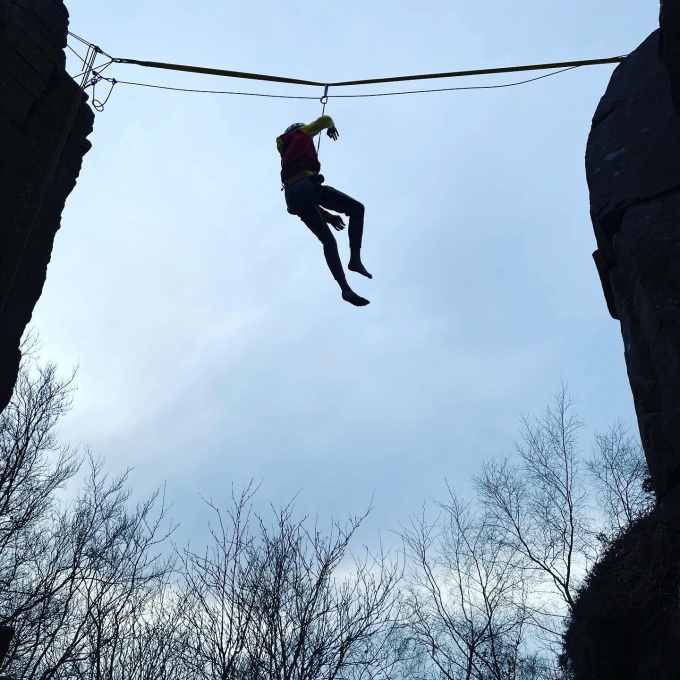