I got these shoes primarily for a single event. That may seem frivolous, but given that the event was the pinnacle of my running 'career' to date I figured it was fair.

The shoes are billed as being good in the dry and on mixed trails. The tread is a little lower profile than all the other Salomon fell shoes I've run in. The lace-system is the familiar wire pull loop which I really like for speed and comfort. They're a good deal higher off the ground than the Speedcross which I am used to running in, but so far this hasn't been a problem at all. They weigh 275g. 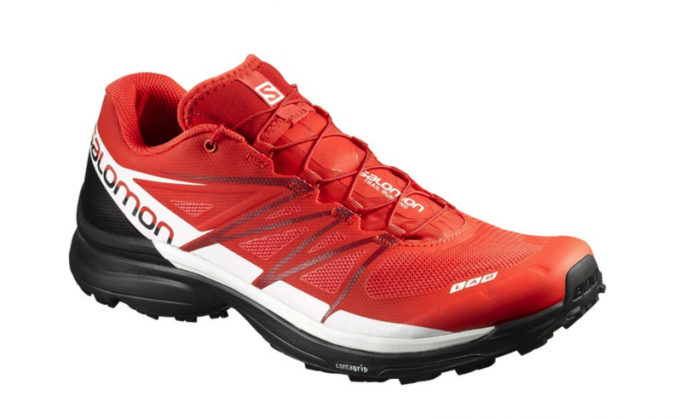 The race was the Glencoe Skyline, regarded as one of the most technical races in the world. It’s 35 miles long with nearly 5,000m of ascent and descent, the majority of it on rough, rocky, technical ground. The race was in early September so I got the shoes a few weeks in advance in order to test them out. Their big test run was up and down Snowdon on one of the wettest days I can remember. I set off from Nantgwynant up the Watkin Path, the longest route up the mountain, and immediately pulled my hood down tight and bent into the wind. Going up it was hard to really assess the shoes. The terrain is 100% rocky with literally hundreds of stone steps. Virtually no mud and grass, but a bit of fine scree towards the top. I had no problems with them at all. They were comfortable and gripped well enough. Where they came into their own was on the descent. Given that I was descending what was effectively a small stream, much of it on slate steps, I started off gingerly expecting to be over at any minute. On the contrary it was virtually impossible to make them slip and I ended up flying and taking the Strava course record for the descent of Snowdon! I was seriously impressed. Next up was the actual race. We'd recce'd about 90% of it in August and I was confident that there was no grass and mud on any of the descents, and that when encountered on the ascents that'd be manageable. Furthermore I knew some of the descents, particularly the massive drop into the feedstation at Glencoe, is always wet and greasy as it criss-crossed the stream. Having tested them in wet conditions I was confident in my shoe choice. The race went swimmingly to begin with. The shoes were a dream. Sticky, comfortable, and solid. My issues turned out to be with my hydration and nutrition, not the shoes. The descent into Glencoe was amazing. They gripped unbelievably. The only fly in the ointment came when, on incredibly fatigued legs, I ran the last few km down off the Aonach Egach ridge to the West Highland Way, the one section we hadn’t recce'd. This turned out to be medium steep peat hags, which the low profile tread had no chance against. In the space of abut 3km I fell 5 times! Once back on the West Highland Way it was plain sailing to the finish line. Would I have worn different shoes if I'd  known about that section? Unlikely, as I think the gains made in them earlier in the race outweighed the issues I had. But it has made me more circumspect about when I wear them. The rubber is outstanding, the stickiest I've ever run in, but the tread is too low profile if descending grass or mud. 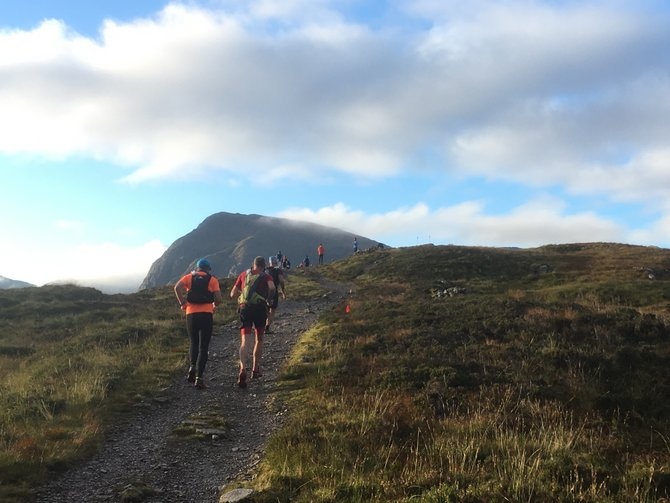 Early in the race heading up the West Highland Way. In the distance is Curved Ridge, the start of 25 miles of rocky, technical terrain. Unfortunately the race finished coming down the slopes on the right...

The shoes retail at £150 which is pretty steep. However I’d say for the right race / conditions they are simply outstanding.